Adding to the fire of the Delhi Season, the 12 goal Maharaja Jiwaji Rao Scindia Cup made its 2022 debut with five teams going to battle for the title. 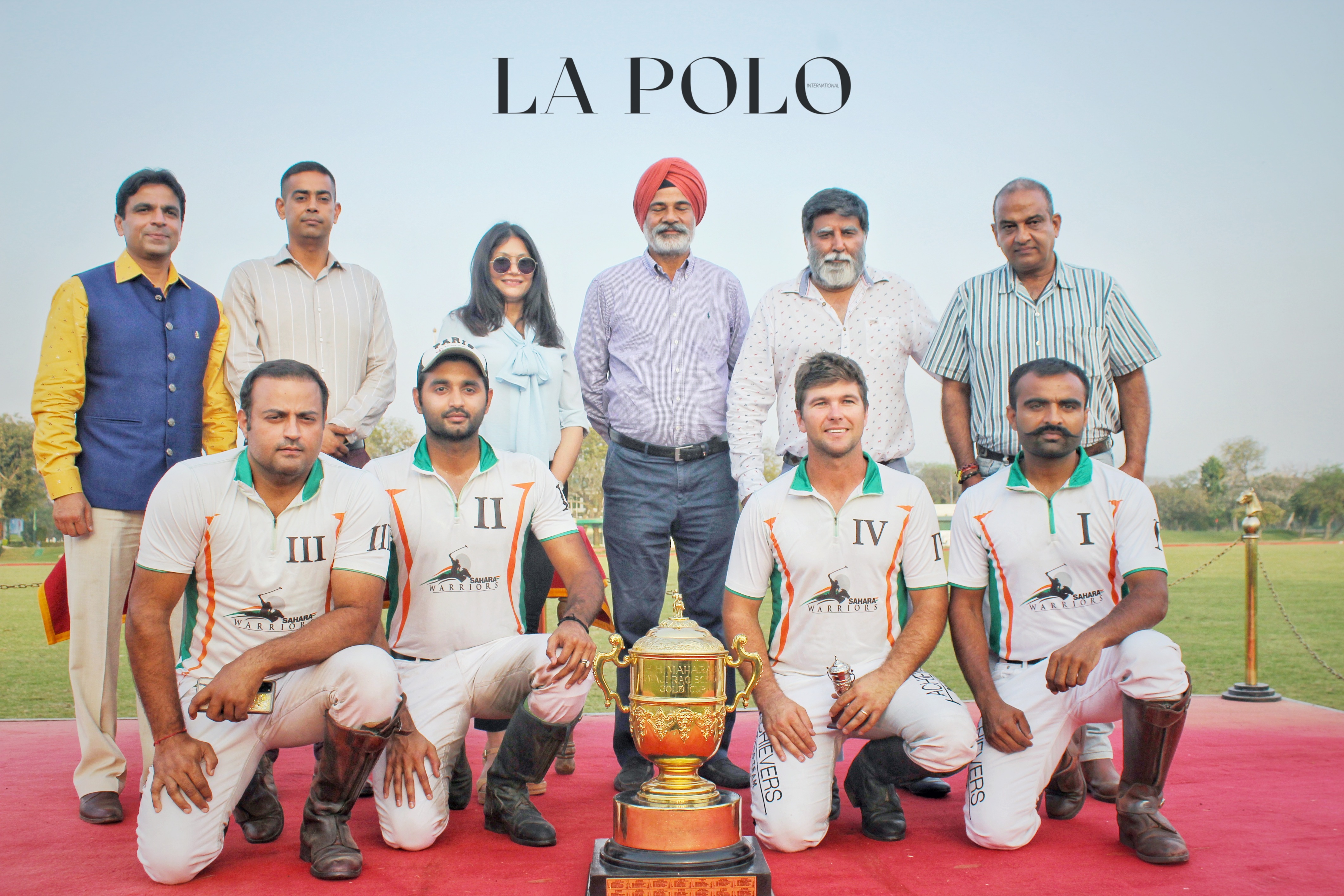 Starting the tournament with a bang teams Sujan Indian Tigers and Aravali faced off against each other. Representing the Sujan Tigers were players Jaisal Singh, Bhawani Singh Kalvi, Gaurav Sahgal and Tomas F. Llorente while the Aravali team were represented by Maj. Mrityunjay Chouhan, Col. Ravi Rathore VSM (Retd.), Angad Kalaan and Manuel F Llorente. In a series of twist and turns and many jaw-dropping moves Sujan Indian Tigers emerged successful from the close call match with 6 goals against 5 goals.

Next up Sujan Indian Tigers and YVJ Polo took the pitch for the their spot in the semi-finals. Playing for the latter were Hurr Ali, Adhiraj Singh, Abhimanyu Pathak and Juan Garcia Grossi. An unimpeachable display of equestrian care, maneuvers, technique, tact and a near-perfect combination of defense and chase it was hard to see where this story would end. Even so, the Sujan Indian Tigers team emerged successful landing their position in the semi-finals. 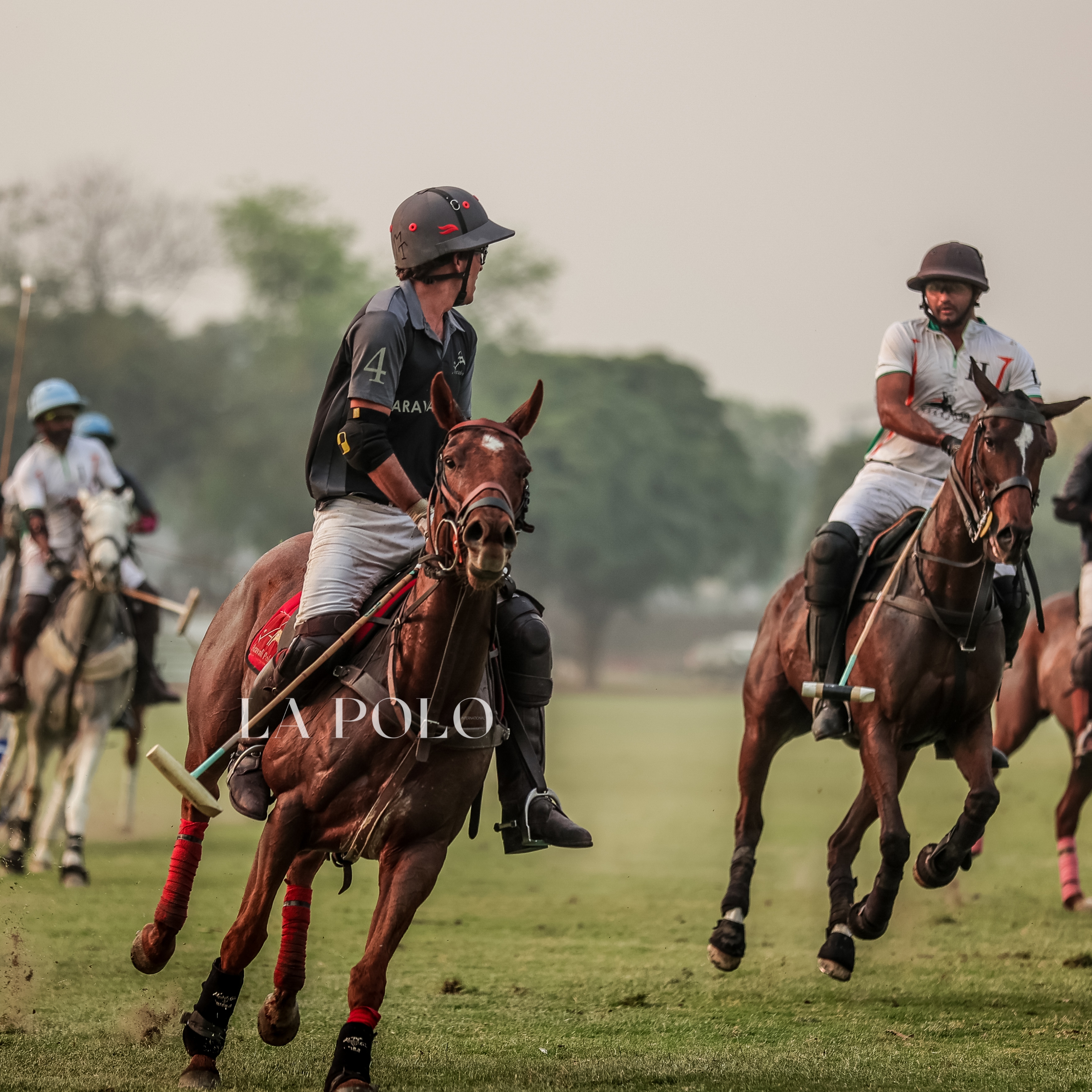 Pacing the excitement to unthinkable heights the third day of the prestigious tournament played out with the first match between Aravali and Sahara Warriors. Keeping each other on edge and the audience members gaping for more both sides took every opportunity and turned it into a goal. The scoreboard remained equal on both ends till the final goal was taken by the Aravali team at 6 goals against 5 goals. 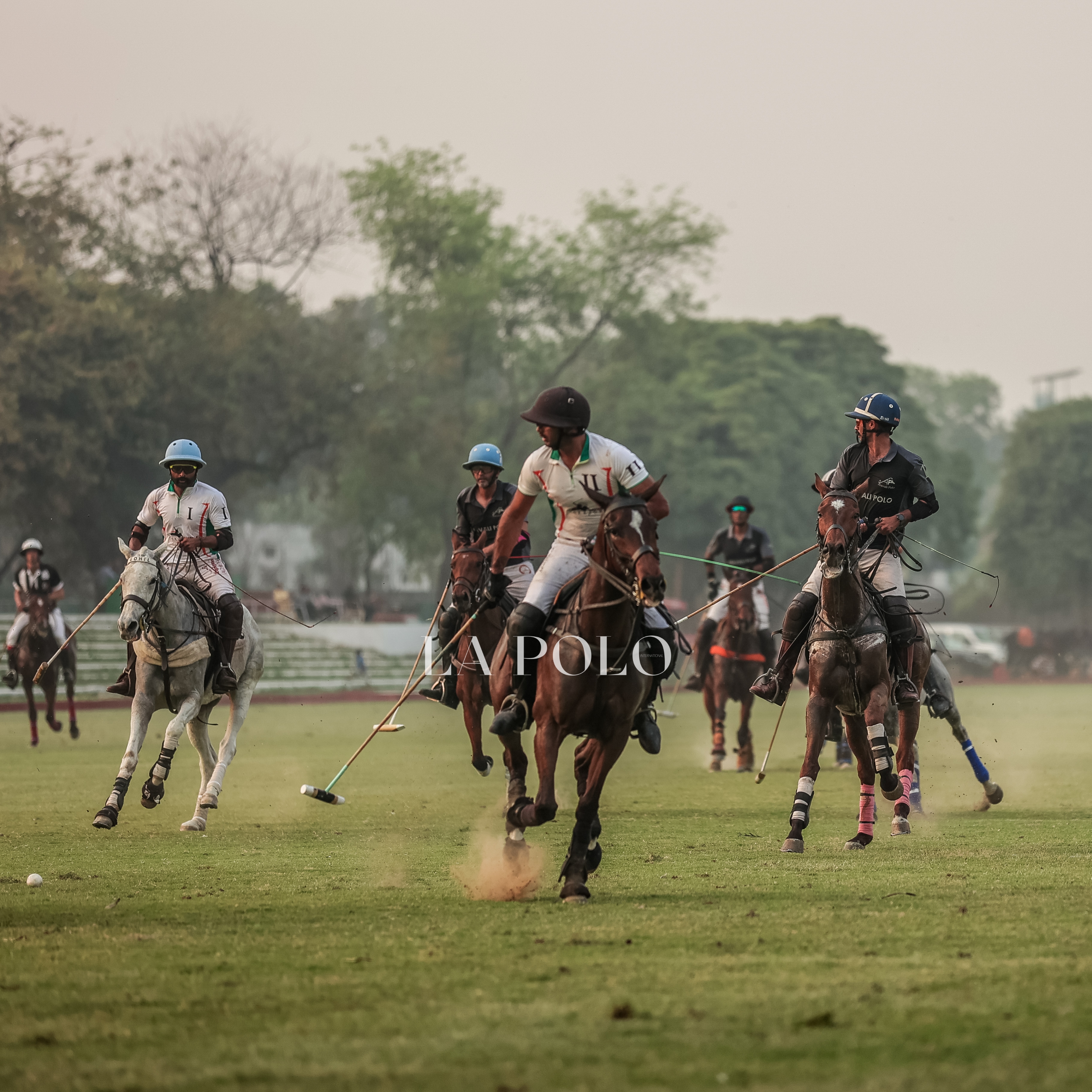 Later in the day more unexpected action played out between YVJ and Jindal Panther. The ball passed from one end to the other with goals, maneuvers, chase and defense playing out effortlessly by both sides. The neck to neck match was almost impossible to decipher and while everyone was choosing their pick the last minute specialists of YVJ took the final goal landing their position in the semi-finals with 6 goals to 5.

If you though the season couldn’t get anymore theatrical the semi-finals raised the stakes even higher. The tussles of the action-packed day began with Aravali and YVJ where everyone held their breath. Although it was hard to pinpoint the victors YVJ were certainly coming for the crown scoring goal after goal towards the end. Eventually they secured their position in the finals with 8 goals against 5 goals. 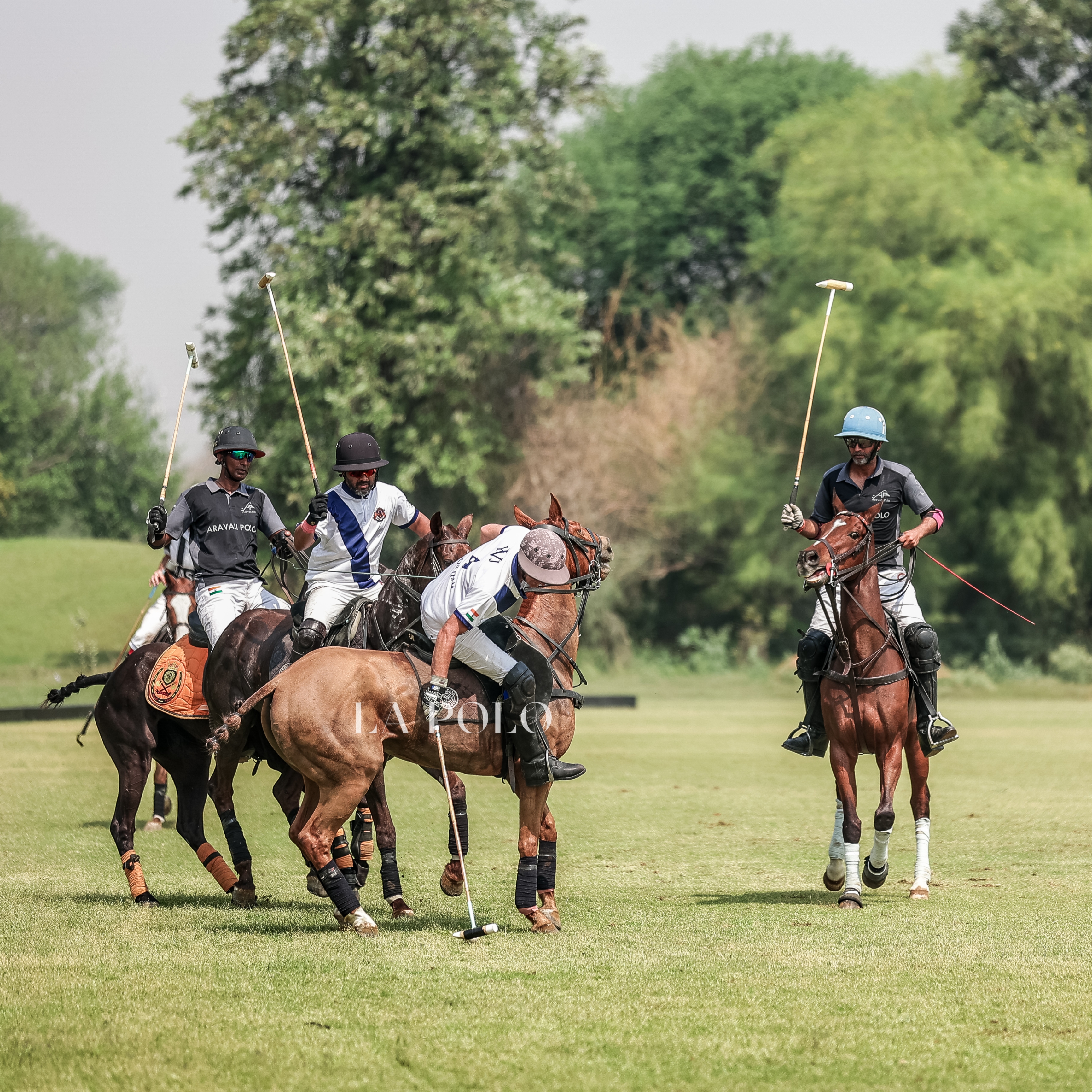 Later in the afternoon, Sahara Warriors and Sujan Indian Tigers met on the pitch for the last spot in the finals. The veteran and coach for many Chris Mackenzie was on fire throughout the match scoring for each chukker alongside his teammates Dhananjay Singh and Shamsheer Ali. Although Tomas Llorente and Gaurav Sahgal put their best foot forward and gave a tough competition Sahara Warriors remained unmatched leading them to a victory with 6 goals against 5. 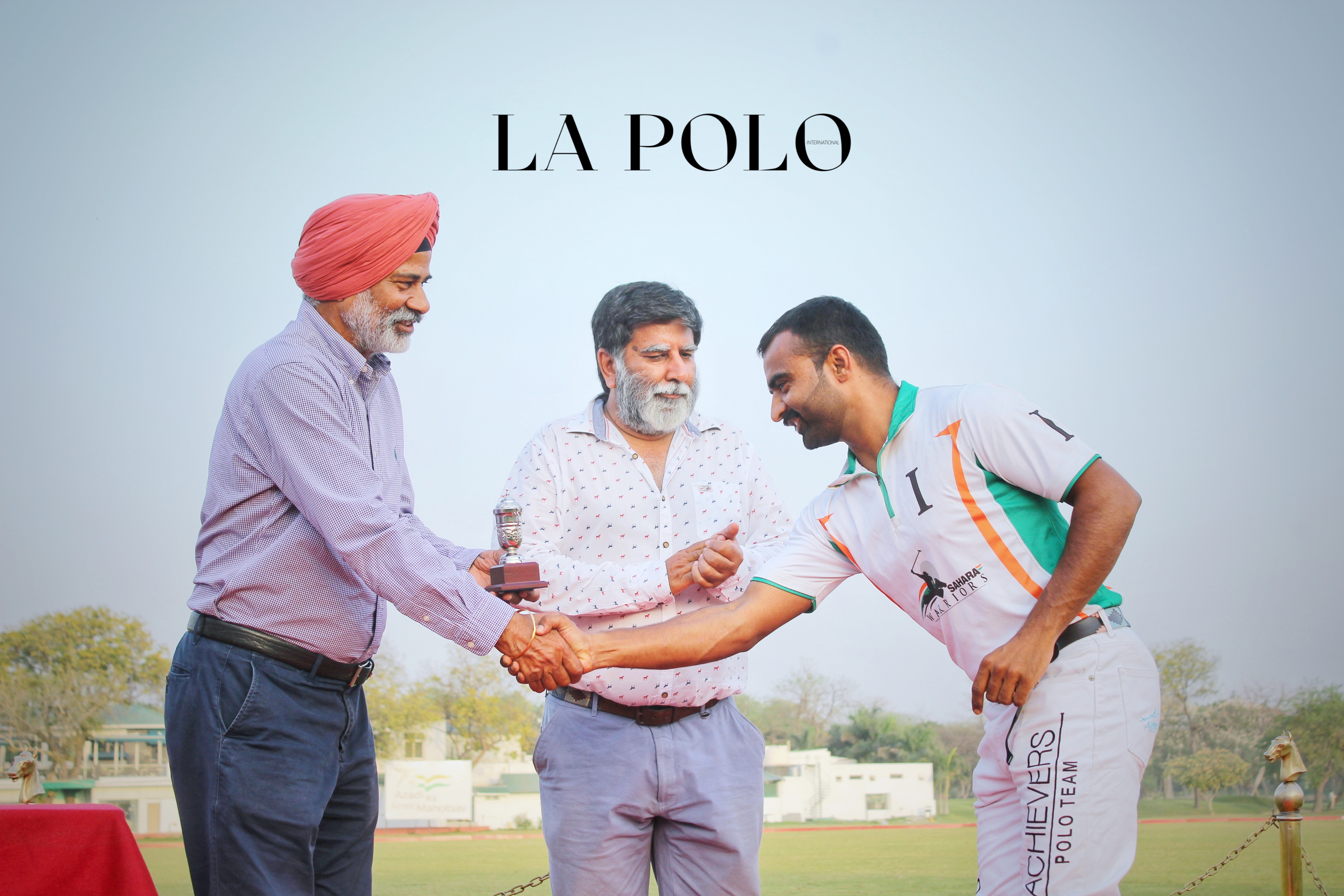 Although YVJ was supposed to face off against Sahara Warriors for the final trophy yet due to unforeseen technical difficulties Aravali took the pitch instead. Yet through a walkover Sahara Warriors were declared winners of the Maharaja Jiwaji Rao Scindia Gold Cup.