Young and feisty players are leaving a mark on the field with deft skills and focus. The youngsters take over….with inspiration from seniors. 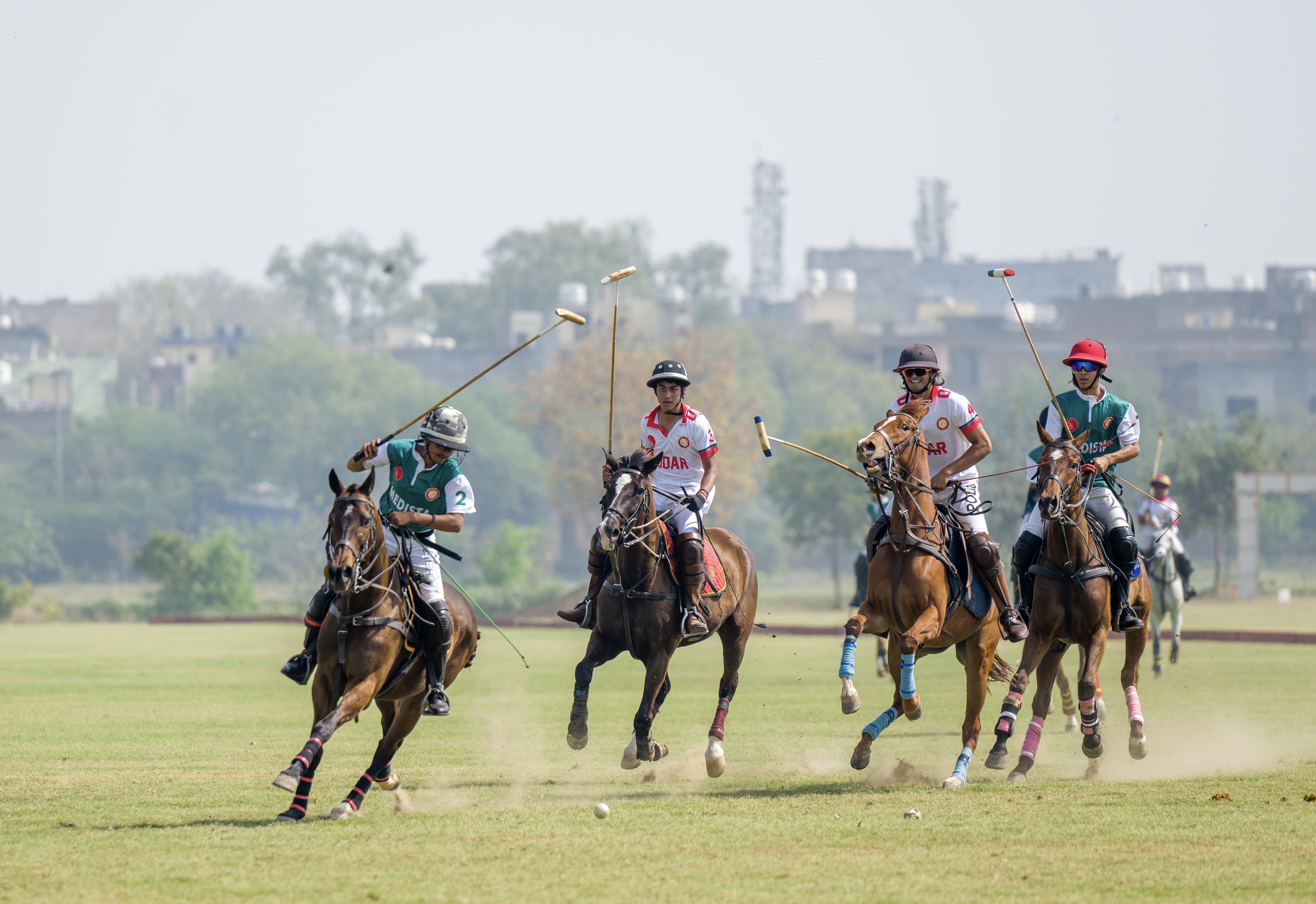 With every new chapter in the rich heritage of Indian Polo, a novel generation of players rises to the challenge. Contributions from the Princely States, with players like Rao Raja Hanut Singh and HH Maharaja Sawai Man Singh 2nd of Jaipur, are well known. HH Sawai Padmanabh Singh of Jaipur, Hurr Ali, Ashley Parekh, Sanya Suhag and Dhananjay Singh, among others, have received accolades for their performances and for representing the country on numerous occasions. Now, a new generation of feisty players are seen on the polo arena.

One of the notable players this season is Vishwarupe Bajaj (-1) who has presented an extraordinary foray since his debut, with victories in the Maharaj Prem Singh Cup (2021), Maharaja Jagat Singh Memorial Cup (2021), Maharaja Prem Singh (2022), Southern Command Cup (2022), and the RMRM Gold Vase Cup (2022). Commenting on his start, he states:“I was born in Bombay and living with my grandfather, I got into riding and polo. He taught me the basics of riding and the swing. Later on through great coaches like Samir Suhag and Chris Mackenzie, I got deeply interested in the sport.” Tussling mallets with the great names in the Indian circuit and internationally, such as Juan Agustin Garcia Grossi, Juan Cruz Losada and Chris Mackenzie, has moulded him as a player. “Within the Indian fraternity, I would idolize Pacho (HH. Sawai Padmanabh Singh) but in the international circuit, I would have to mention Chris Mackenzie. Chris has been my coach and he pushes us to our fullest capacity,” he states. “I love how he (Chris) never gives up even if the team is losing by 10 or 15 goals and puts in his best horses and while motivating us, tells us where we are going wrong; he gets the game even out of horses that aren’t so great.” 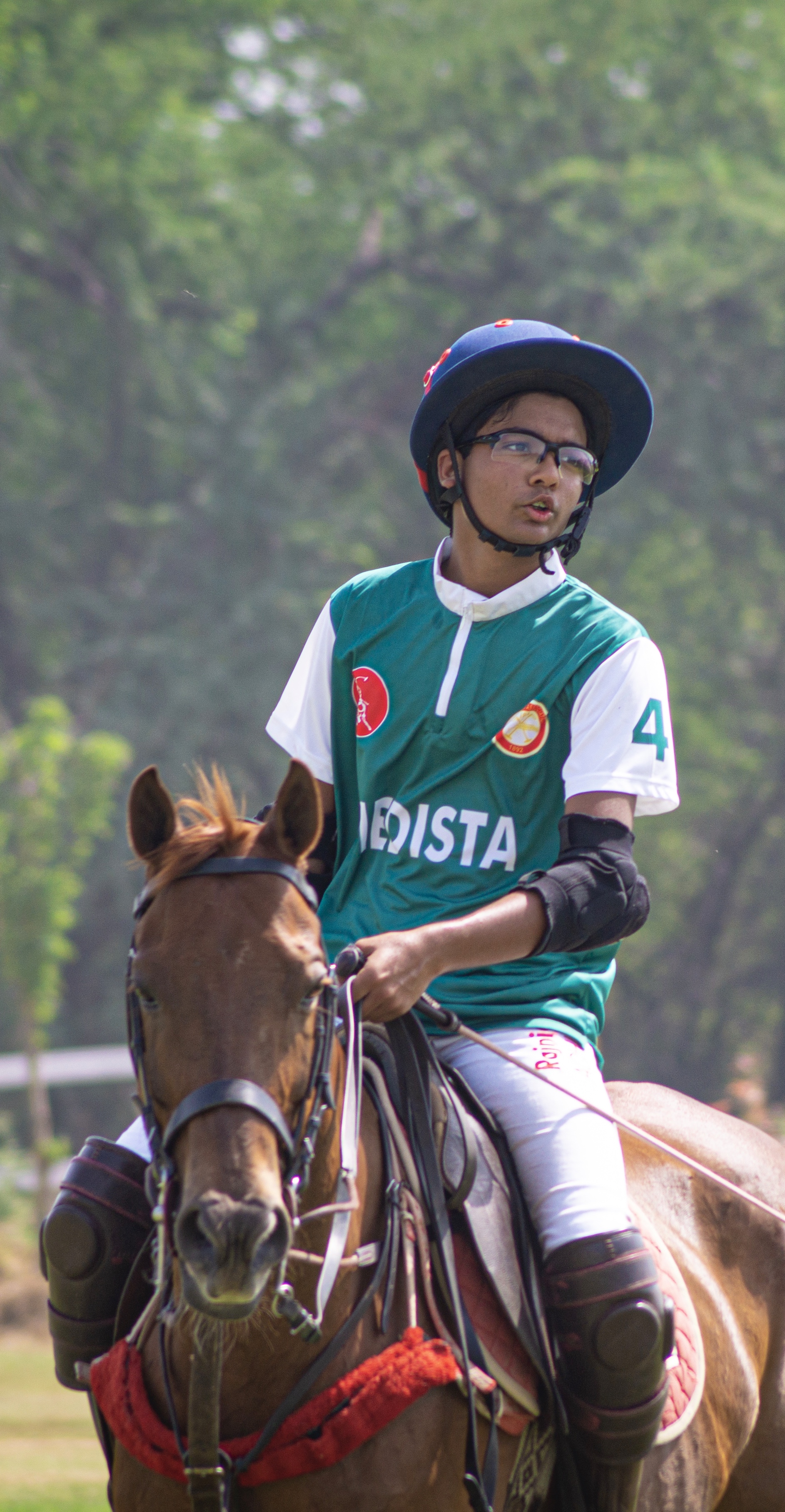 Vishwarupe Bajaj, (-1) laid a foray since his debut

Although the pitch is quite newfangled to him, he envisions the perfect sparring partner in Poroto Cambiaso, the seasoned 15-year-old son of polo legend Adolfo Cambiaso. “Seeing his performance online, I have noticed his strategic hand-eye coordination, pace and quick on-field intelligence. He’s really good at getting goals out of the blue and his performance mirrors the passion of his father,” he states. Vishwarupe has a knack for tactics and sudden tricks that showcase his potential to become an outstanding polo player in India. He has a pre-performance ritual: calm-soothing music. He says that before the warm-ups, stretches or before his teammates arrive, listening to calm music and de-stressing is vital for him. 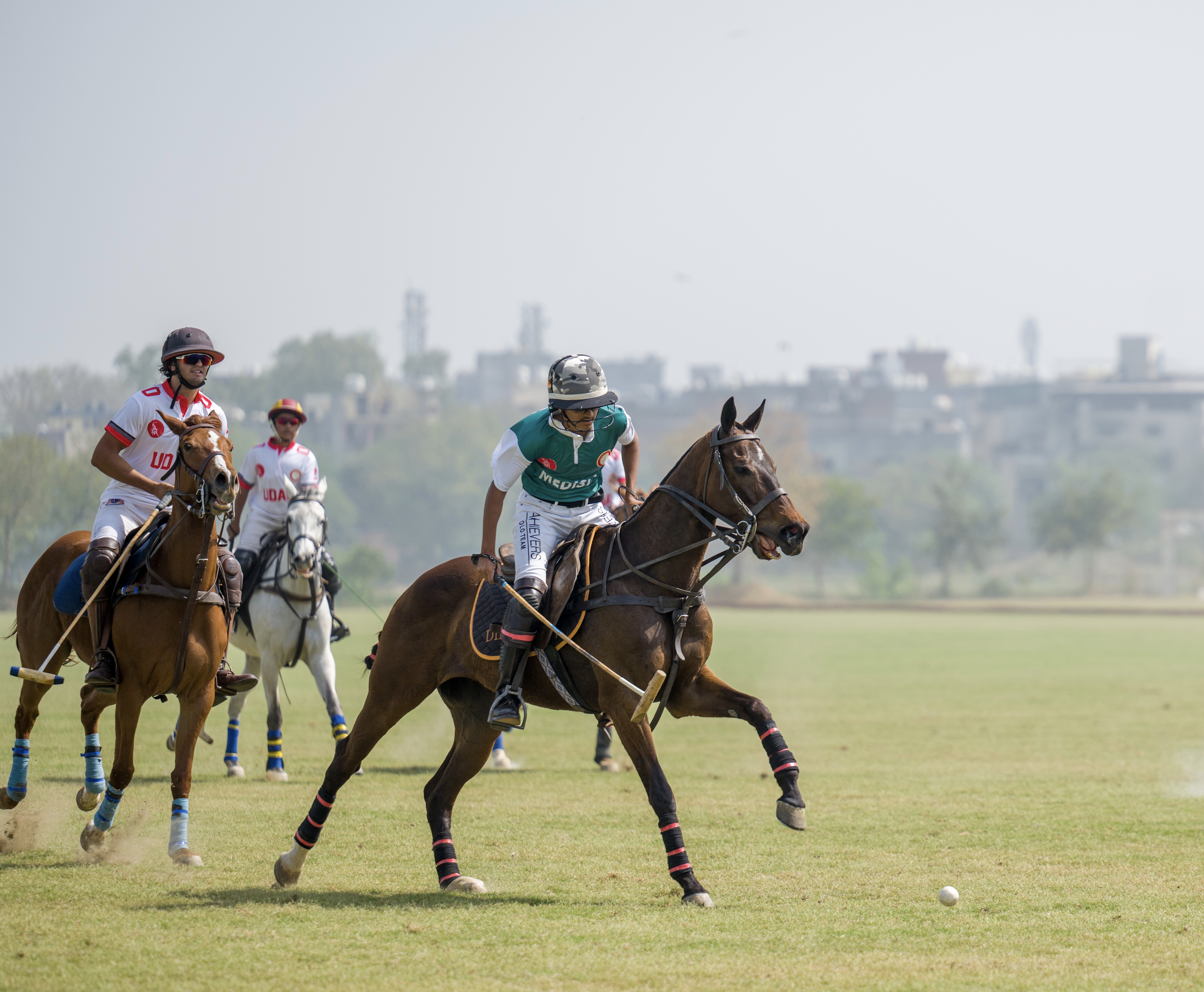 Another unmissable sight on the fields is the energetic Dino Dhankar (-2) who has been on an expedition since 2020. Recently, he won the RPC Cup (2021), Sapta Shakti Cup (2021), Rajmata Gayatri Devi Memorial Cup (2022) and the RPC Cup (2022). One of his specialties is his quick defence which he states was one of the reasons he got into the sport. “I was attracted to the enthusiasm and the speed. That, along with my passion for horses, have kept me hooked till now.” Playing with the Achievers Polo Team during the Jaipur Season of 2021 and 2022, he has shared the pitch with myriad veterans, but he adores the 10-goal Argentinian titan, Facundo Pieres. “I learn from his speed, the tactics and his subtle moves,” states Dino. His goals for the next few years revolve around improving his skills both as a polo player and equestrian as well as getting a higher handicap.

Dino Dhankar, (-2) is a treat for polo connoisseurs on the field

Neil Malaney (-2), an upcoming player who recently played for Madiesta at the IPA Junior National Championship, exhibited distinctive harmony with his team members and a keen eye for the chase. Although handling such pressure along with studying can be hard, he states it’s the horses that keep him calm. “An hour before the matches, I sit with the horses which helps me relax before a game and while I’m with the horses, our coaches give me advice on how to play better which helps me concentrate,” he states. Other than HH Sawai Padmanabh Singh of Jaipur and Poroto Cambiaso, he also counts Shamsheer Ali and Adolfo Cambiaso as his inspirations. 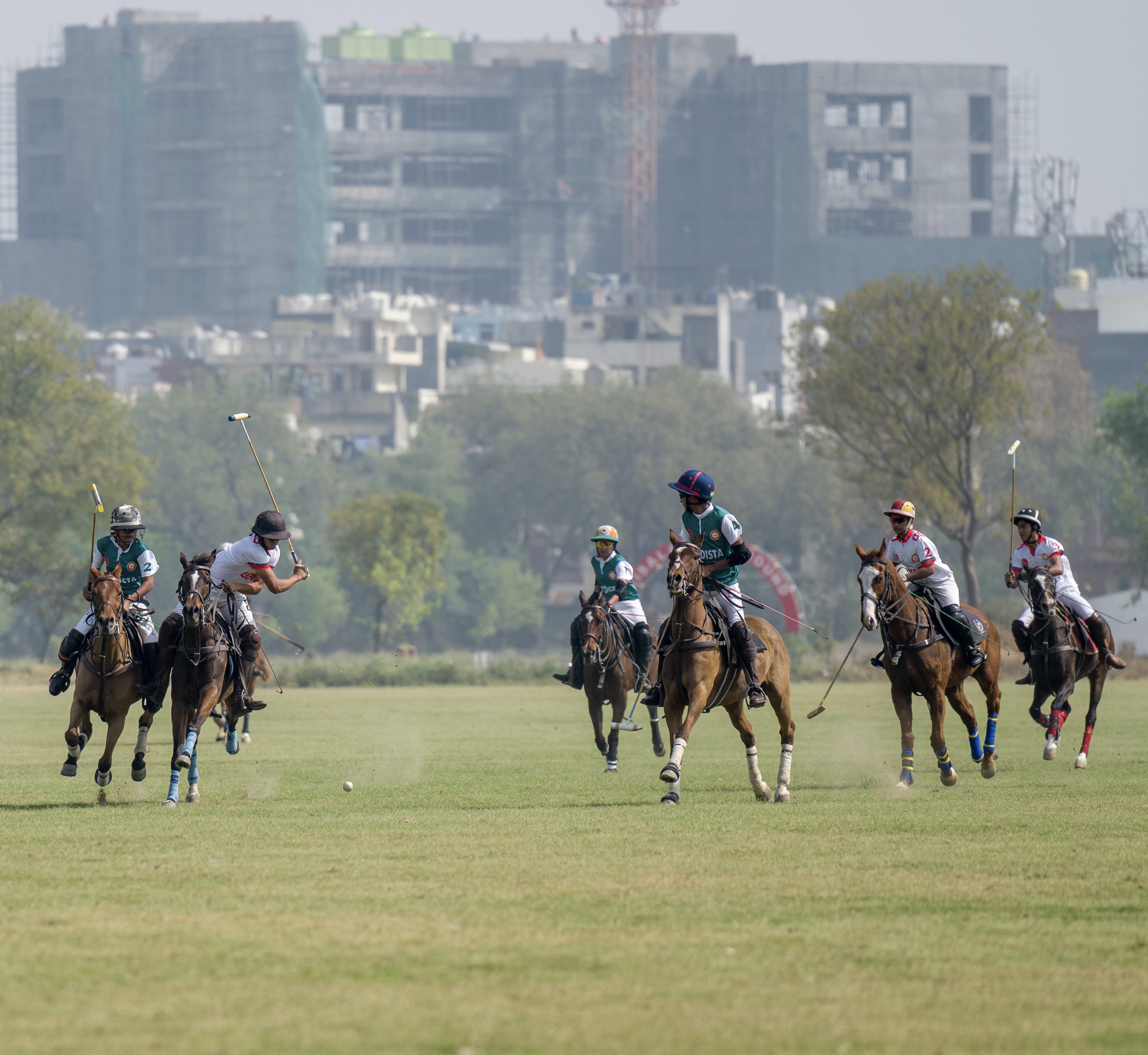 Alongside these players,many young players brought the heat to the IPA Junior National Championship, such as Ranveer Singh Saharan (-2), a 13 year polo dynamo, from Form C at The Doon School, Dehradun and Aryaman Singh (-2), part of the victors of the IPA Junior National Championship. A few walking in the legacy of their parents and others taking their first dive into the sport, this era of players shows enormous devotion towards the sport. 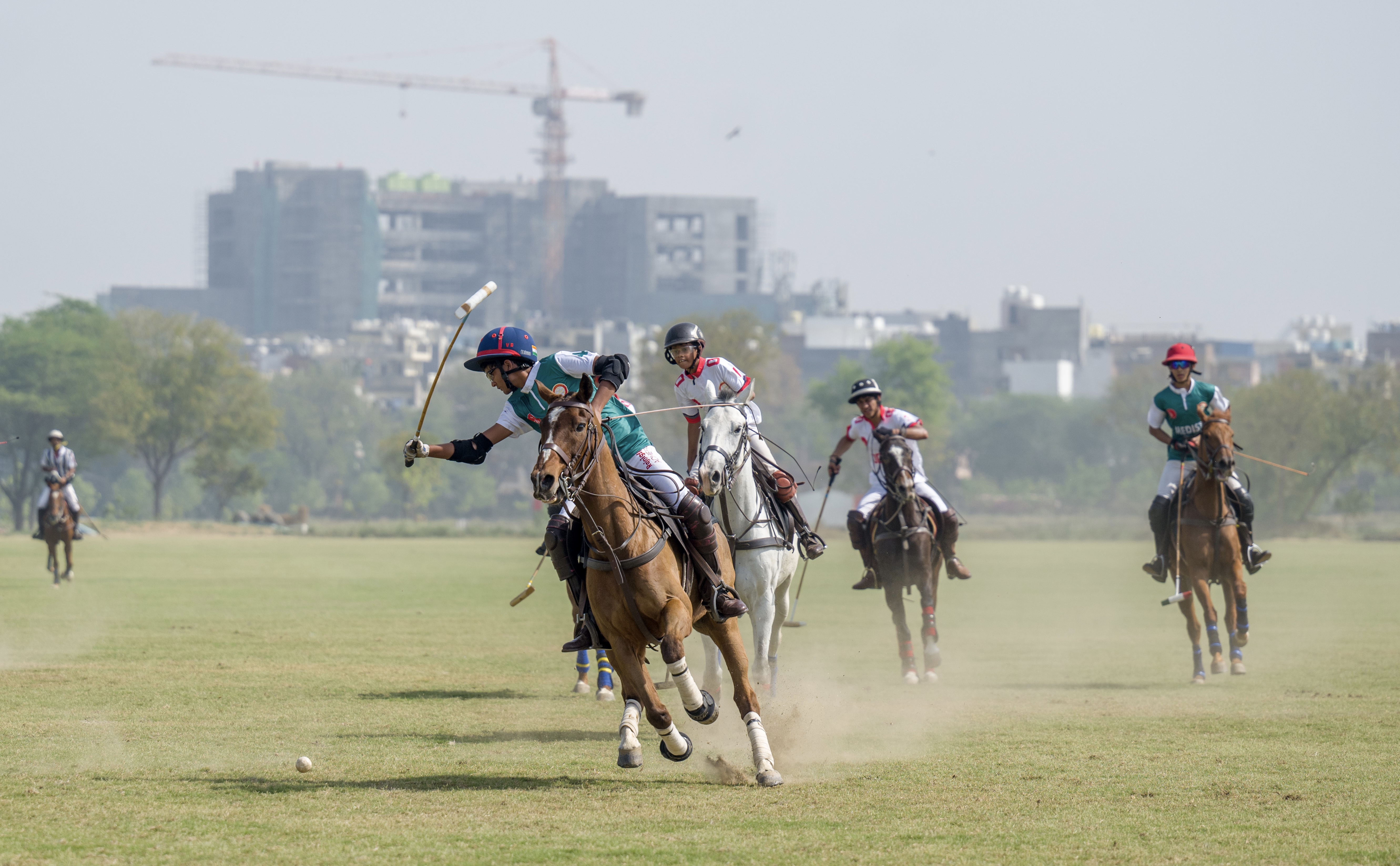 A TRIBUTE TO SUNNY HALE