TIPA and The Global Spirit

For The Indian Polo Awards, the friendship between Eygpt and Indian polo players remains etched in history, and stands out for outstanding camaraderie and Polo. 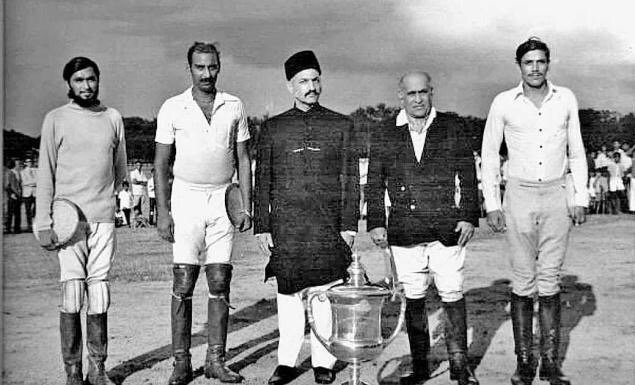 The Madras Polo and Riding Club team in 1973 including Brigadier VP Singh, only player with +7 handicap in India post-independence (second from left), Mukarram Jah, grandson of the last Nizam of Hyderabad (third from left) and Col. Maharaj Prem Singh (second from right), famed throughout the country for his polo skillset.

Brilliance and virtuosity soak every seam in the ageless friendship between Egypt and India, especially vis-a-vis polo. This friendship tale remains one of the purest displays of global alliances and mutual respect between two nations. Egypt’s earliest encounters with the mallet occurred around the 1200s, and the aristocratic crowd remained enamored by the complexity, camaraderie and bravura of play. The affair then trickled down into the general populace who enjoyed the sport for its intricate details and the thrill attached to it. Towards the East, across the seas, the polo saga on the Indian terrain although much older, exuded its own flamboyance. Even though the Great British Empire is accredited as the meeting point, for the Indian Polo Awards, it is the close ties related to the field of polo that remains the most  precious element of Egypt-India friendship. 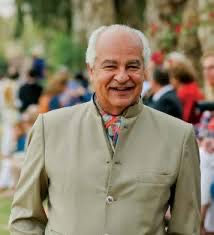 India quickly amassed a reputation within the sport, especially through the spectacular contributions of the Jodhpur Lancers team of the 1950s. The famous four–Maharaja of Jaipur Sawai Man Singh 2nd, Col Maharaja Prem Singh, Maharaja Hanut Singh and KV Singh–had gained a huge reputation for being the invincible quartet who played with unmatched elegance. Farouk Saleh Younes, Honorary President of the Egyptian Polo Federation and Founding Ambassador of the Federation of International Polo, while lauding the first-off-its-kind Indian Polo Awards, spoke on the long-standing ties between India and Egypt polo players. The Gezira Sporting Club of Egypt, held since the late 1880s, a summer sporting season, known in the international polo society as “the place to see and be seen.” Younes narrates a tale that dwells on the greatness of the Famour Four:

“For many of us, of the older generation of polo players, India has been incredible and instrumental in forming us as players and as people. How can we forget some of the great players and great teams of polo India has had. As a young boy, I was lucky enough to be exposed to some of them. I will never forget at the age of 10, having met the famous team (Jodhpur Lancers) of the Maharaja of Jaipur, Maharaja Prem Singh, Maharaja Hanut Singh and KV Singh. That was an amazing team! I saw them play in Egypt at the Gezira Sporting Club for a few months prior to their departure to Europe. They came by horses through the Suez Canal in Egypt to spend the rest of the season with us (which was the perfect season as we had good polo in Egypt). On their way back, circa 1957, they related stories of what they had accomplished. Maharaja Prem Singh had quite the fame that time – of course, Maharaja of Jaipur as well but specifically Maharaja Prem Singh because he remained in Egypt. He remained with his horses, and now thinking back, the relationship between the players and the horses was very interesting. At that time he had this unusual habit of giving camel milk to his horses which was the talk of the town: the Indian players cared about their horses so much to give them camel milk.”

Colonel Maharaja Prem Singh carved a distinctive niche as a colossus in Indian history, among other things, by outperforming in a variety of sports, most famously by winning the golf discipline in the Asian Championship of Calcutta, 1953. His admiration for the sport of polo is showcased in the attention to detail he emphasized during his game. He meticulously learnt each element before being gifted with a pony by the Maharaja of Kashmir, Hari Singhji. Since then, the Indian and Egyptian polo world have had numerous associations.

Be it the legendary all-Egyptian team of Alex Ebeid, the Falcons that won the prestigious Coupe d’Or in the years 1979, 1981, 1982, 1983, 1985, 1986 and 1987- longest held record –and in their active involvement in international competitions, Egypt has remained unstoppable. Egypt has also been a part of the Manipur Statehood Day Women’s Polo Championships and sent its junior riders to improve their polo skills under the tutelage of the 61st Cavalry. Paying homage to the great players and the great friendships of Polo are foundational for TIPA.

What’s important for TIPA is the depth of enthusiasm both countries exhibit for the sport. TIPA stands up in gratitude for outstanding contributions by sportspersons, caught in war times, or in peace, all for posterity and the love for the sport.

Polo Shirt: A Cut Above The Rest

A changed narrative of Polo in modern times