Polo Family Suffers A Huge Loss While Flames Burn Our Horses And Our Men, Donate To Save The Victims Of California WIldfires

The wildfires in California heads over to the city causing horrific sites of burning homes and people. Hundreds of horses were found in terror when rescue operation was provided while hundreds of them were found in ashes. The national disaster is in need of the world’s assistance. Donate today to help the victims of California. 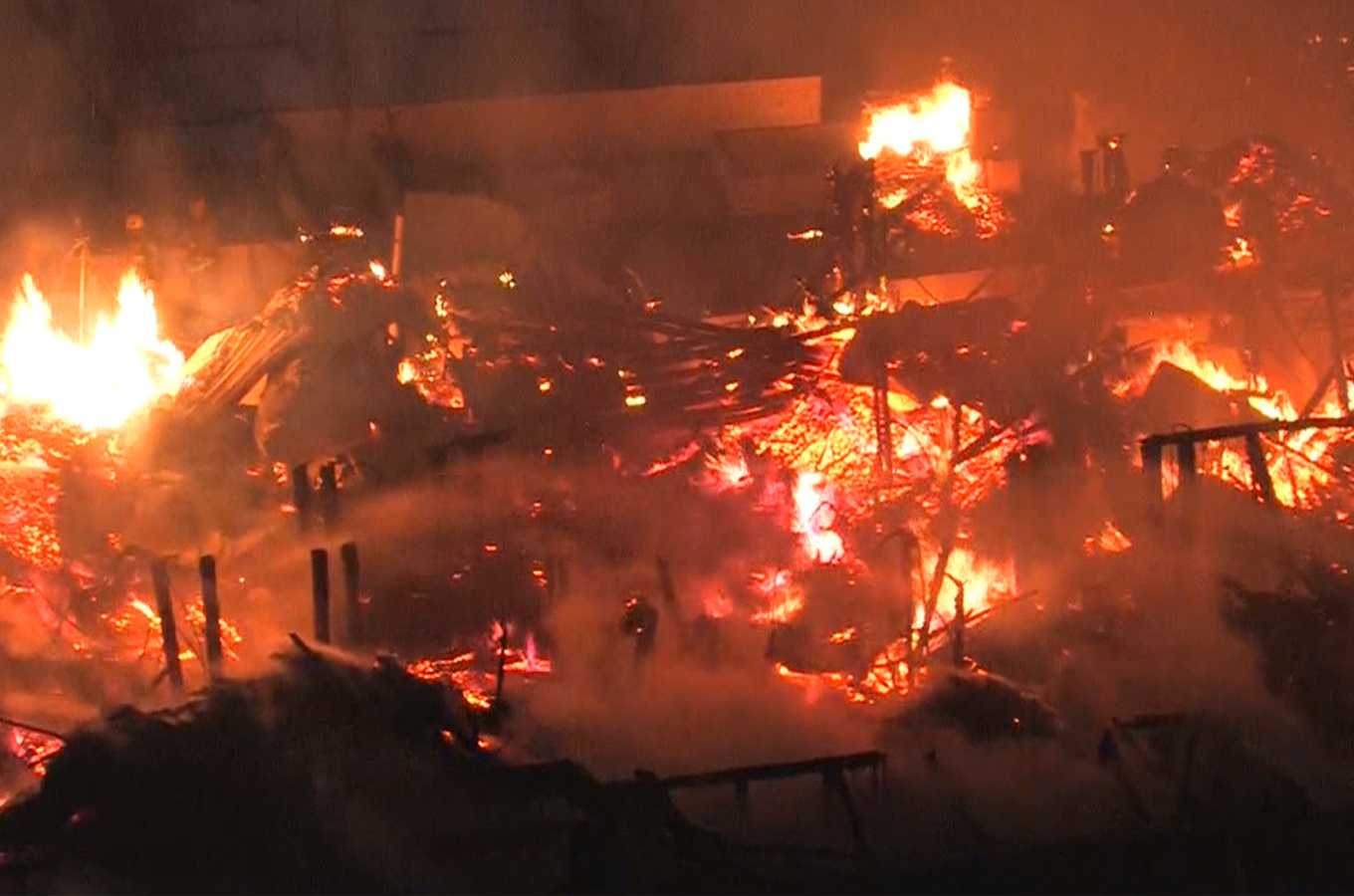 THERE WAS NOTHING THAT THE FIRE LEFT EXCEPT CREMATED BODIES OF HORSES AND BRAVE MEN AND WOMEN.

The raging deadliest wildfires in california have brought horrors of destruction in lives of hundreds of people and the horses in the countryside. The huge flames of fire repressed the entire city leaving a staggering toll. The ravaging sight of the world’s most deadliest conflagration is impeccable. Rendering the lives of people at stake, making thousands of people homeless and devastating the paradise, the wildfires holocaust will take a lifetime for many to cover up. 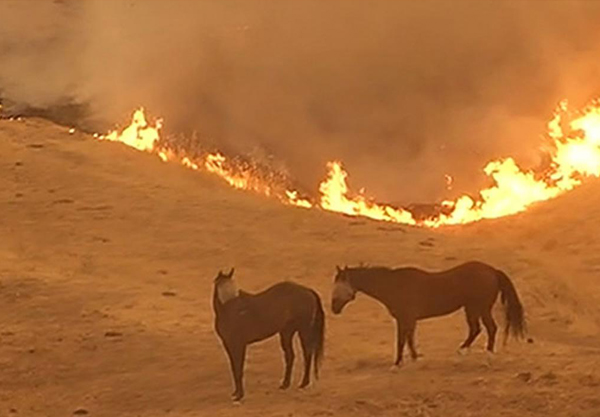 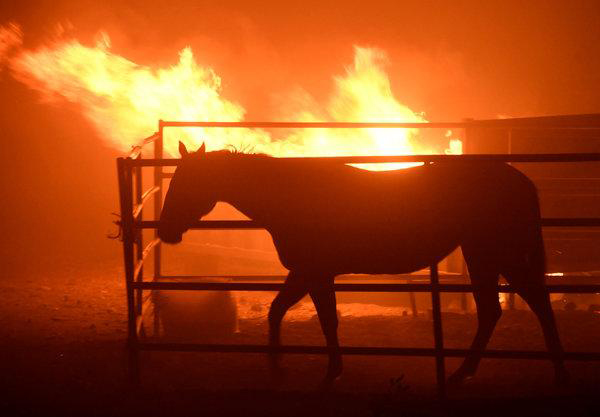 2018, A worst nightmare for Californi 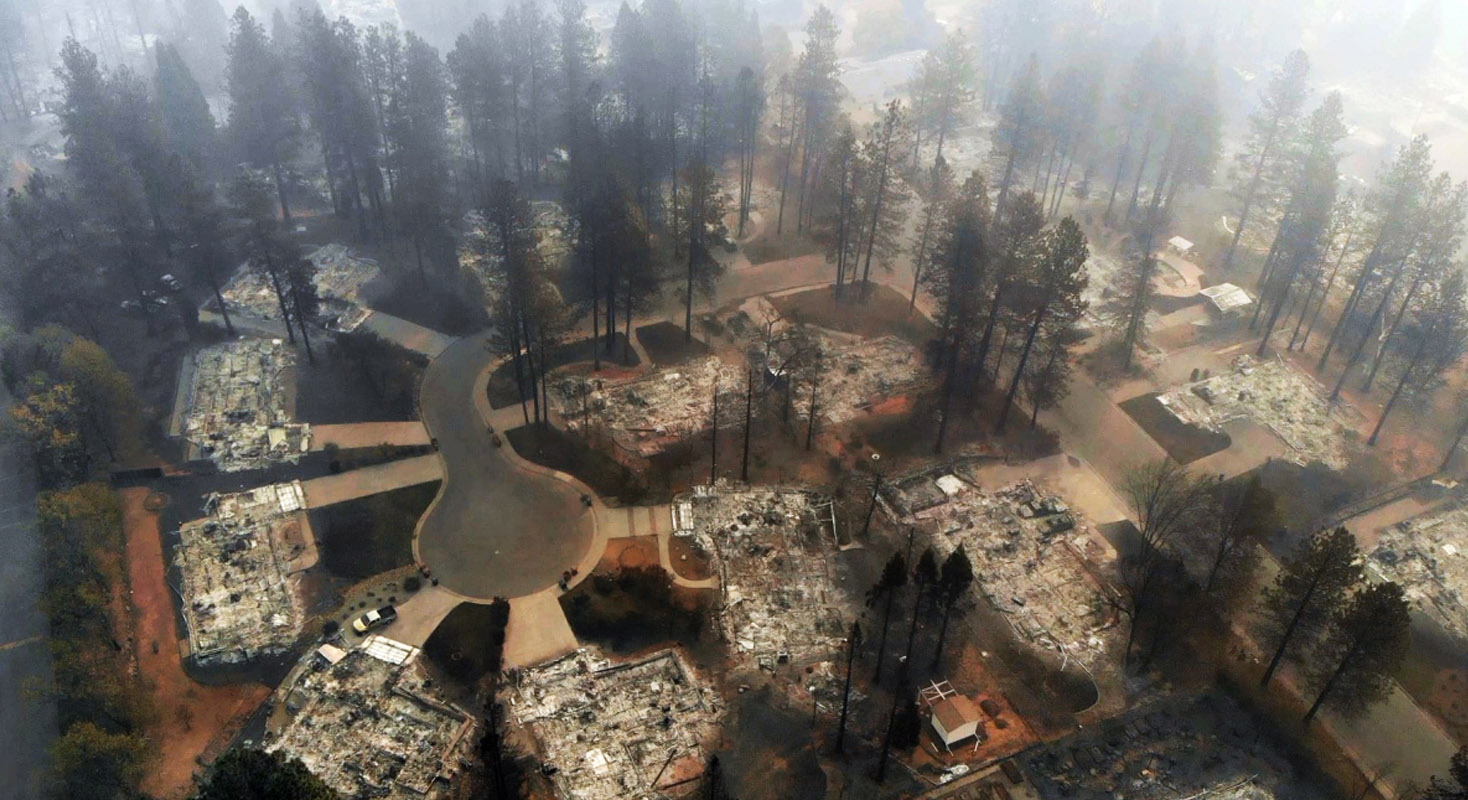 2018 has experienced a series of wildfires in California burning nearby 1.5 million acres, the highest amount of burned acreage in the history of wildfires. The wildfires devoured more than $3 billion (USD) damages including $1.3 billion in fire suppression cost according to the California Department of Forestry and Fire Protection (Cal Fire) and the National Interagency Fire Center .The California Horse Racing Board said that at least 25 horses were killed while the fire broke out. There have been a series of wildfires from mid-July to August mostly in Northern Part of the California including the carr fire that burned in Shasta and Trinity Counties in california. On August 4, 2018 the California destruction was stated as a national disaster. Foehn winds caused another set of an even worse wildfires across the state including Wolseley fire and Cap fire that killed at least 85 people, more the ones that are still unidentified, destroyed more than 10,000 structures spreading its terror all across the state.The number of people missing from the camp fire north of San Francisco dropped to 249 in the recent news of Times of India. The camp fire that started on november 8 destroyed nearly 14,000 homes and burned nearly 154,000 acres- an area of five times of San Francisco.

The flames licked hundreds of feets into the air, unrooted the lives of thousand of people, where victims fled highways and streets arched by fire. The houses are burned to ashes that are not just the remains of the wood and furniture, but remains of the lifetime of dreams and memories that are shattered on the ground while people evacuate their homes where they lived half of their lives, some comprising to almost lifetime. The spoliation of a city is loss of one mankind. The tall buildings, bridges, grocery stores all lay there combined in dust, mud in the fire-frazzled city. A mirage of flames of orangish tsunami tearing a town destroying everything that obstructs its path.

WHAT INSTIGATED THE FLAMES 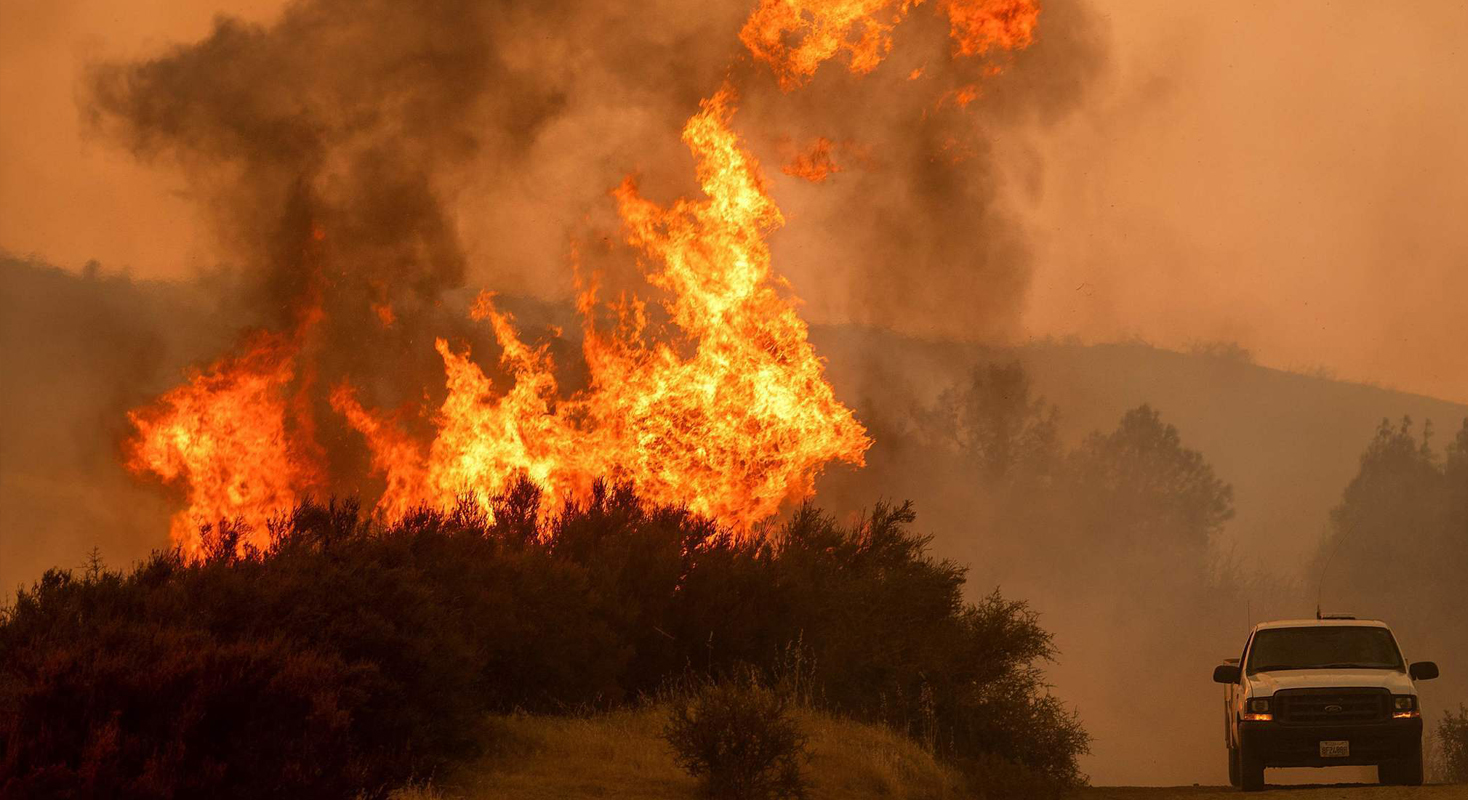 The factors that led to the 2018 California wildfire becoming such tremendous hazard includes climate change at its peak. A combination of an increased amount of natural fuel and compounding and varying atmospheric conditions linked to global warming led to this series of trauma for the entire city. Here are few reasons that instigated the fire that could have otherwise been able to be in control.

Over the last few decades, cities in California particularly have come close to fire prone incidents. Codes went lax and many homes are still built with plain old wooden shingles. With the modernist of cities the development has increased with the use of fireproof materials using glass and concrete as well as better water infrastructure to provide firefighters with ammunition to battle blazes.

A direct contributor to the 2018 fire stirring up was dead tree fuel. There were approximated 129 million dead trees in 2017 december research. These dead trees dry over the period of time and acts as a fuel to the fire spreading it to the countryside.

Global warming is expected to be the major cause for the worst wildfires in California stating that global warming is the reason for climate change in increasing intensity. Every year the wildfire season is experienced with increased temperature and increased dryness. The historical trends have continued with risking california more than every previous year to get destroyed completely.

The other reason for an increase in numerical value of life and property is the zone of transition between wildland and the urban settlement. Communities have moved closer to the countryside including the unoccupied zone that increases the risk of proliferation of entity. Over 43% of the new settlements have been constructed in this area. In the past when these areas burned there was no loss regardless of today’s loss.

Northern California and Central Valley also saw the drastic change in air pollutants during the height of july and august fires, while southern california is also prone to increased air pollutants. Air quality continues to deteriorate. November witnessed a diminishing air quality with majority of the Bay being subjected to air quality indexes of 200 and above. 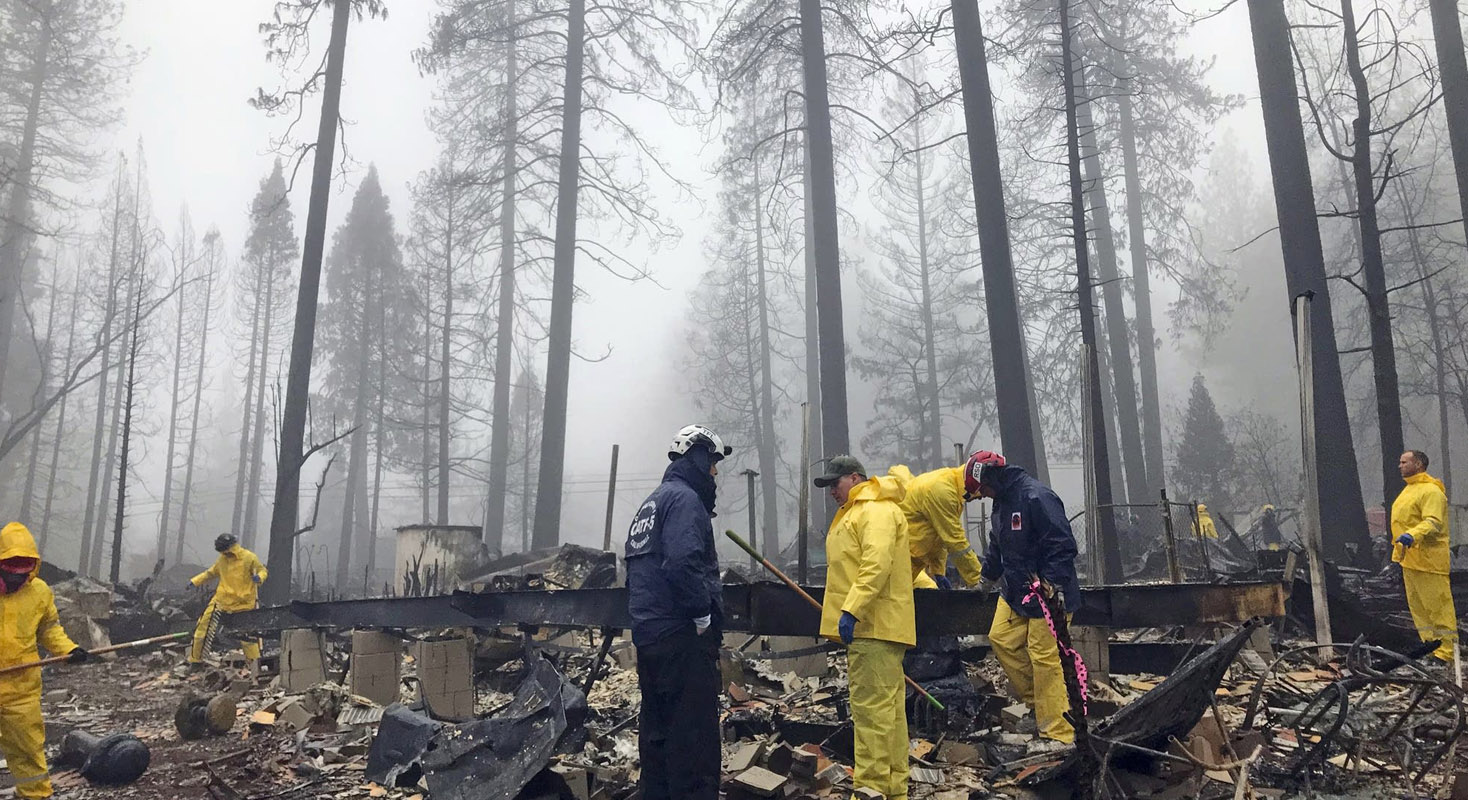 The escalated fire dazzling through the entire city got some relief in the form of first winter storm to hit the state this year. About 7 inches of rain fell over the burn area for three days without causing major mudslides. The rain was a respite from the extremely hot weather and burned spots on the ground that lay in ashes. It also enabled the responders and evacuators to help search for more victims while more remains of people were discovered. The city is expected to have more rains this week that will ultimately help in rescuing the city from hot incineration and annihilation. With heavy storms and strong winds the probability of mud and debris slides is high. Also, the massive amount of leftover ash might mix with the rain to form a slush and could run off into the waterways. The other fear is that the remains of toxic gases in the air is a huge amount of struggle, but the rains are a hope for decreasing air toxicity.

THEY NEED OUR HELP! 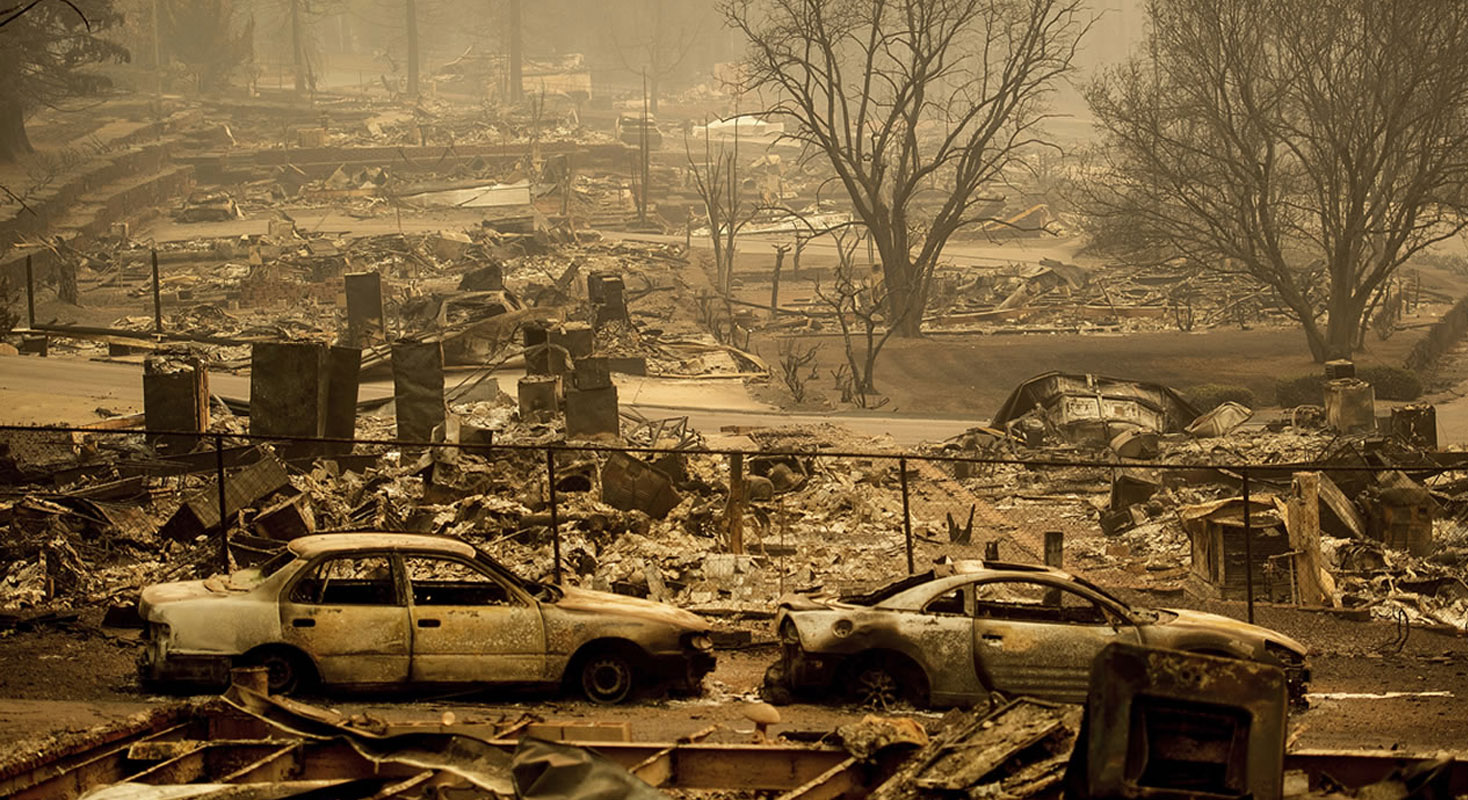 We cannot imagine the sight of the the deceased. There is no replacement of their loss but at least contributing to their betterment is something that we can be proud to do. Here are some ways by which you can help the organization in rescuing the victims from this disaster. California Community Foundation’s Wildfire Relief Fund 15 years of this organization have been a relief to the victims of wildfires across California. The entire donation is used in rebuilding homes, providing financial assistance and mental health assistance. Providing the health treatments and organizing various camps to regulate the hampering of any disease among the masses. Also their basic needs for sometime after the incident need to be fulfilled.

California Fire Foundation:
This organization provided ground distribution of assistance to the victims by providing them prepaid gift cards to help those who need to purchase daily necessities including food,medicine and clothing.

Enloe Medical Center:
This hospital in Chico, California is accepting donations to help patients from the wildfires for their treatment and better facilities. The organization is also providing accomodation to the families of the patients to stay in hospital.

CROWDFUNDING IS ALSO A WAY TO HELP THE VICTIMS: GoFundMe Has organized a page that proceeds the donations to the help aid needed in california. It is providing relief efforts in northern and southern california and includes links to donations for the families who are homeless.
Google is collecting domains to help those who have been affected by the Southern California wildfires. It will fund the donations to the center for disaster philanthropy that distributes the money to the non profits.

Ashwa Poojan : The Royal Festival Of Worshipping The Horse