Marquetry is a technique of creating patterns and designs on objects, like furniture pieces, using thin veneers or layers of materials like hardwood, shells or ivory. Pieces are cut and fit together to form a decorative flat surface image. 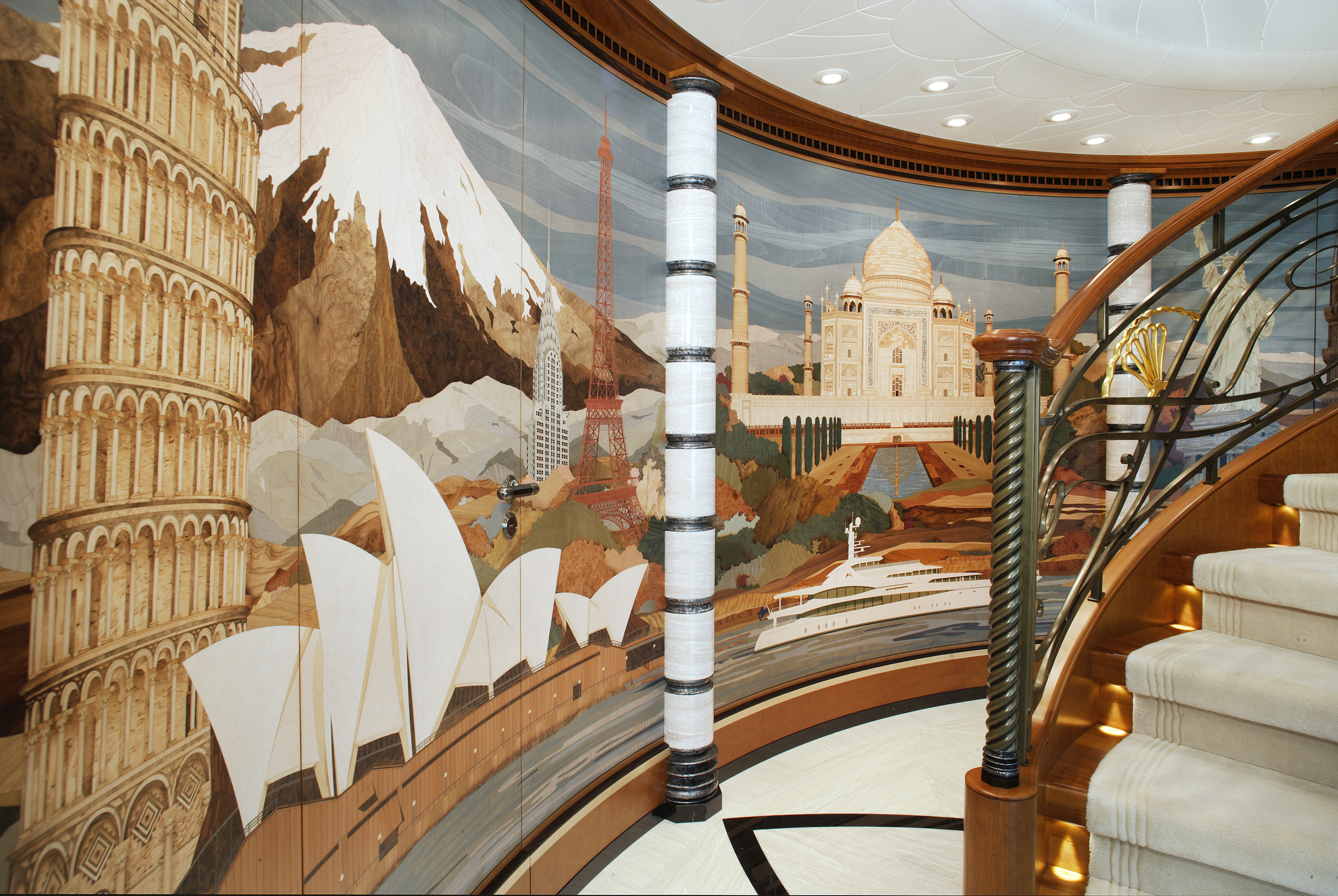 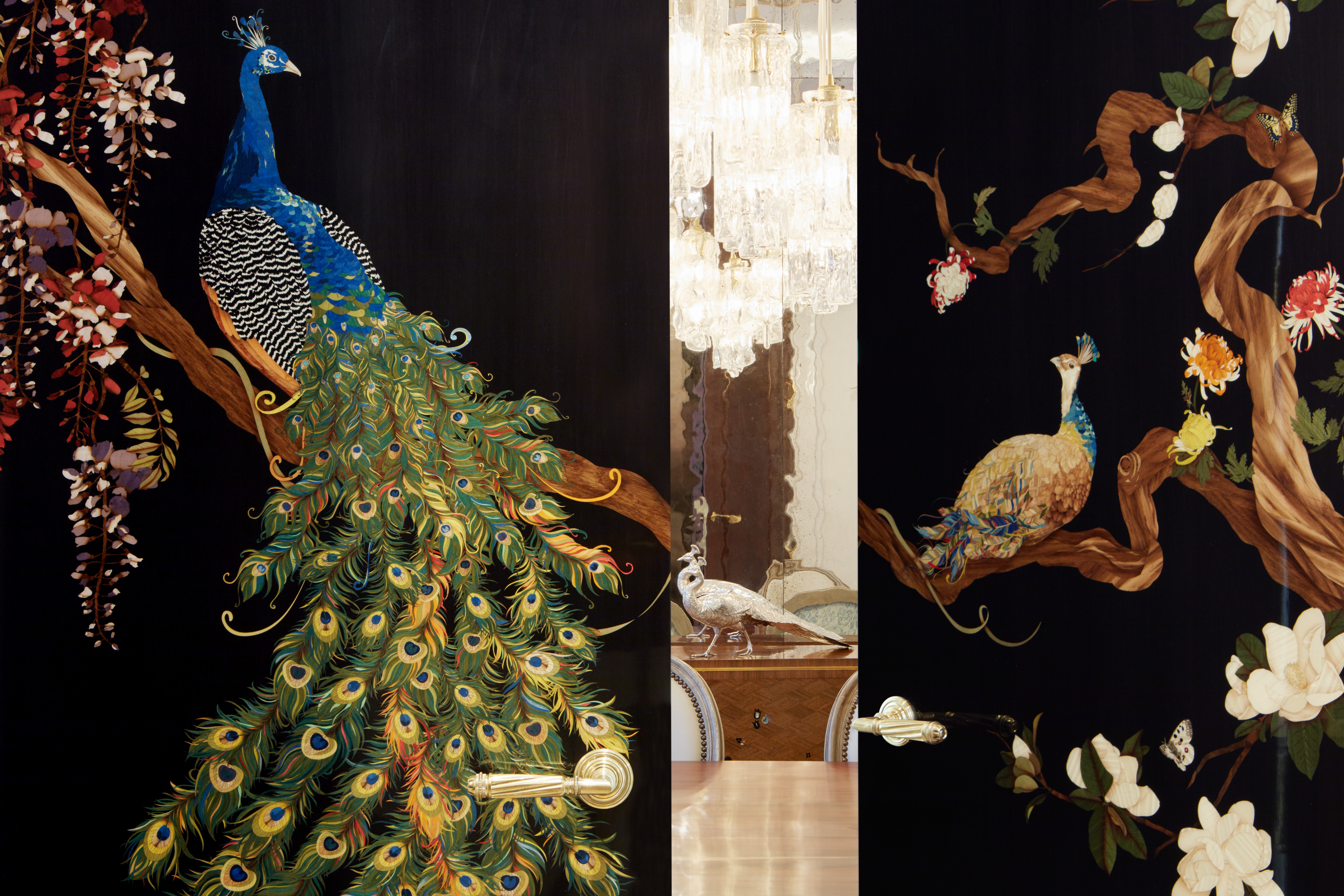 Marquetry dates back to thousands of years. Ancient Egyptians practised similar inlay work. But marquetry developed into a sophisticated art form in Europe in the mid-1500s. It’s an inlay method, which includes covering a solid base with materials like ivory, shell or brass. Contrary to parquetry, which usually involves geometric shapes, marquetry has figurative elements. Although tastes have evolved over the ages, flowers, birds, and landscapes continue to be popular. 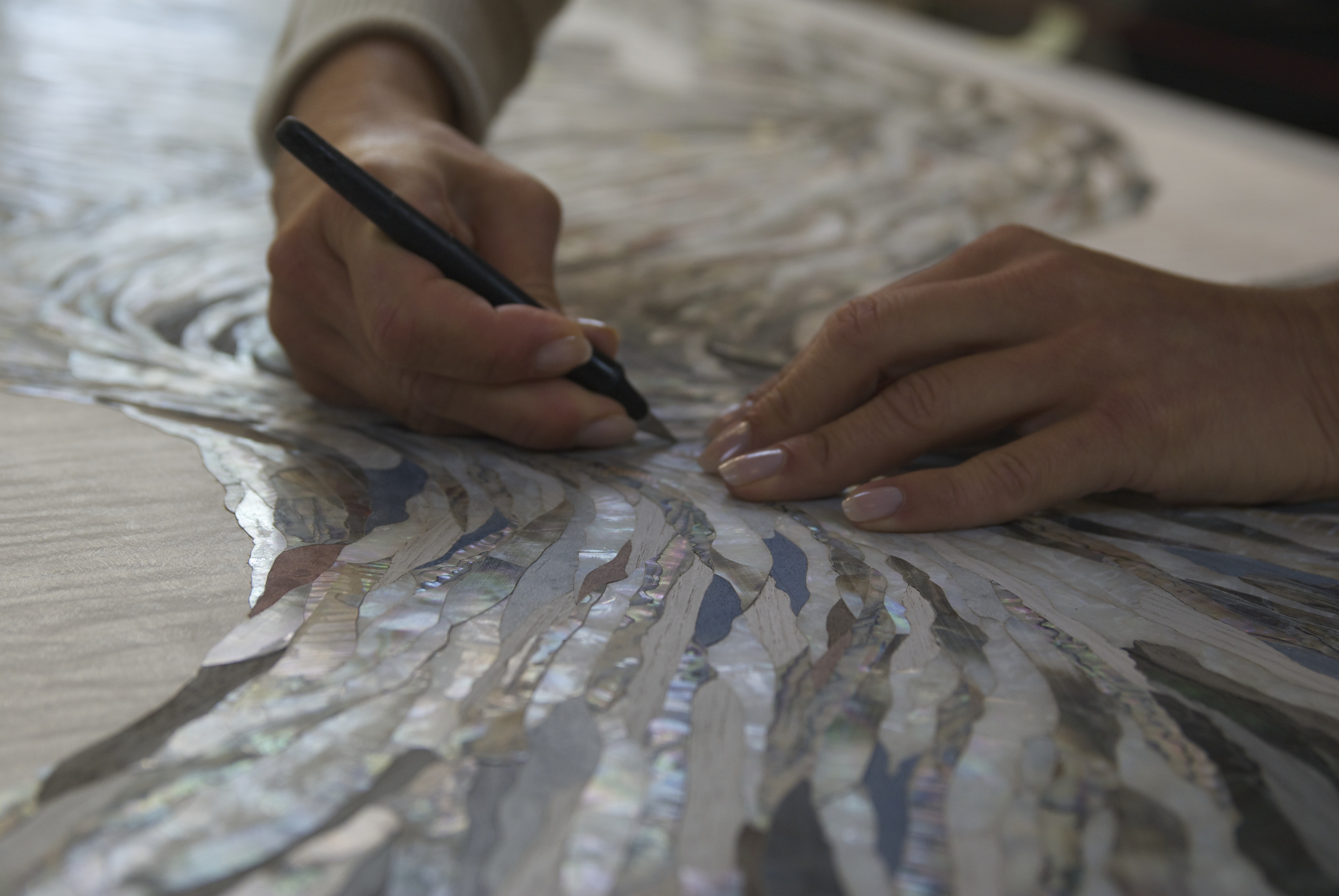 It is an intricate, time-consuming technique that includes numerous phases, from sketching the pattern on a card and pricking and carving the veneers, to putting the pieces together, one at a time, before scraping, wiping down, waxing, and polishing the surface. As technology advanced, craftsmen were able to speed up the process, with equipment like the jigsaw blade and scroll saws bringing the possibility of more detailed work.
Currently, a single design may comprise many thousands of unique pieces of carefully selected veneer. Each piece undergoes four separate processes of cutting,
hot-sand shading, pressing and double-cutting before being placed with painstaking precision by the hand of the marquetry artist. It takes weeks to assemble a finished piece of work. The marquetry artist begins by hand-drawing ideas inspired by the brief, evolving these over several weeks with the use of CAD. These are then presented with swatches of sample veneer and other inlay materials, and the client is invited to suggest changes that are then incorporated into the final design. 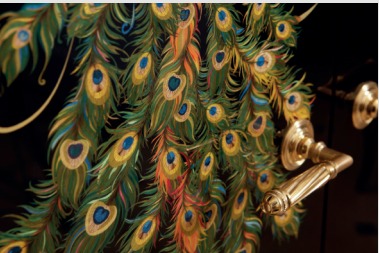 Aryma, a dynamic British marquetry company, is known for excellence in craftsmanship and design. The company specialises in designing and making decorative marquetry for the
interiors of superyachts, luxury cars, private homes and jet aircraft. In an age of mass production, they apply a fresh and contemporary approach to produce bespoke work, using traditional marquetry skills of the highest quality. When applied with skill it adds a new decorative dimension, transforming the ordinary into the extraordinary, like in marine or aviation projects. 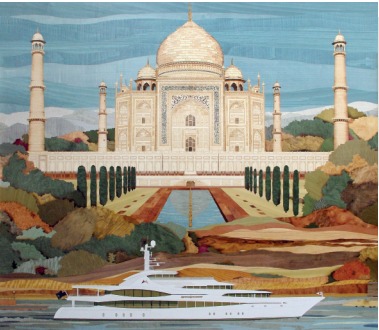 A commission for Lord and Lady Laidlaw with Struik en Hamerslag, it features a vast curving panel depicting the Wonders of the World from the Taj Mahal to the
Blue Mosque of Instanbul, and Mount Everest to the Leaning Tower of Pisa. Over 7,000 hours of painstaking work went into the production of the marquetry. 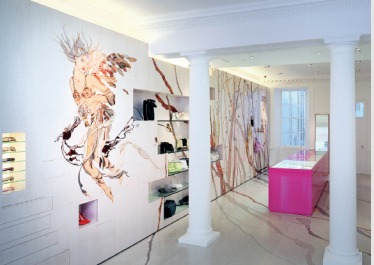 The Stella’s dressing room helped bring marquetry back into the minds of the interior design world and establish the medium as a truly contemporary luxury surface option.