Since Polo was heralded as the “sport of Kings”, elegant picnics joined the festivities. In contemporary Polo, a renaissance has already started with novel business ideas arising around polo picnics. 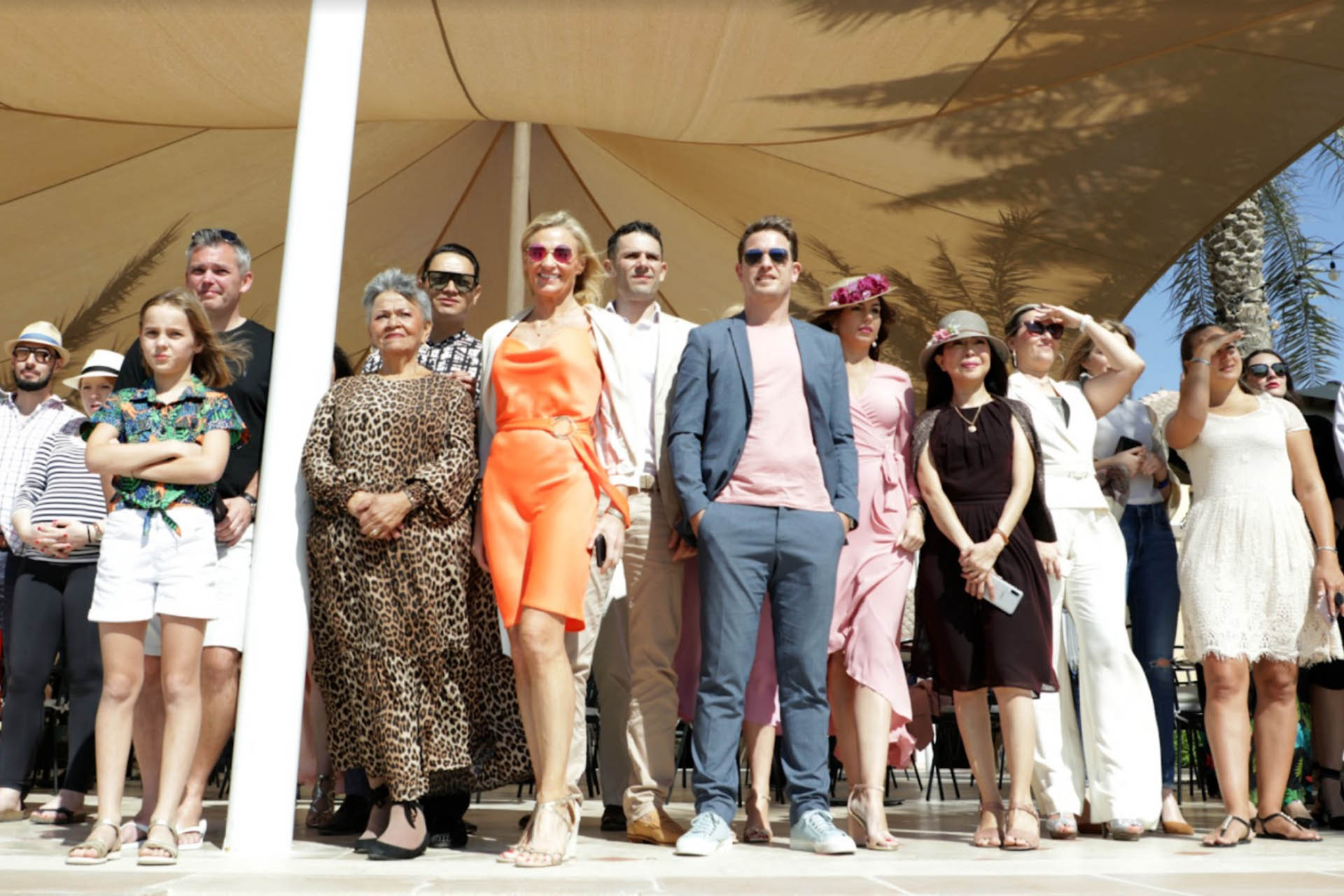 Polo, a spectator sport patronized by the aristocracy, is also famous for picnics on lush green fields. This tradition was set in ancient times, but is seen in contemporary Polo too. The history of picnics is described interestingly in a recent narrative by Alexander Lee. The word is speculated to be an amalgam of the French words piquer (to pick/peck) and nique (at a small amount/nothing). It was first used within the high-brow satire in 1649 to depict the hypocrisy of the French Revolution where a character named Pique-Nique was the gluttonous protagonist who rebelled against the French monarchy.

With the fall of monarchies after the French Revolution, the picnicking aristocrats fled throughout Europe (to Austria, Prussia and Britain). In 1801, Britain’s Pic Nic Society was founded under the supervision of the fleeing populace; it wasn’t as dainty as it is today yet it gained popularity (Source: History Today). Around the same time, the emergent middle-class population was becoming more outdoorsy, and thus picnics became a decorous rustic affair with music, dance and luncheons. 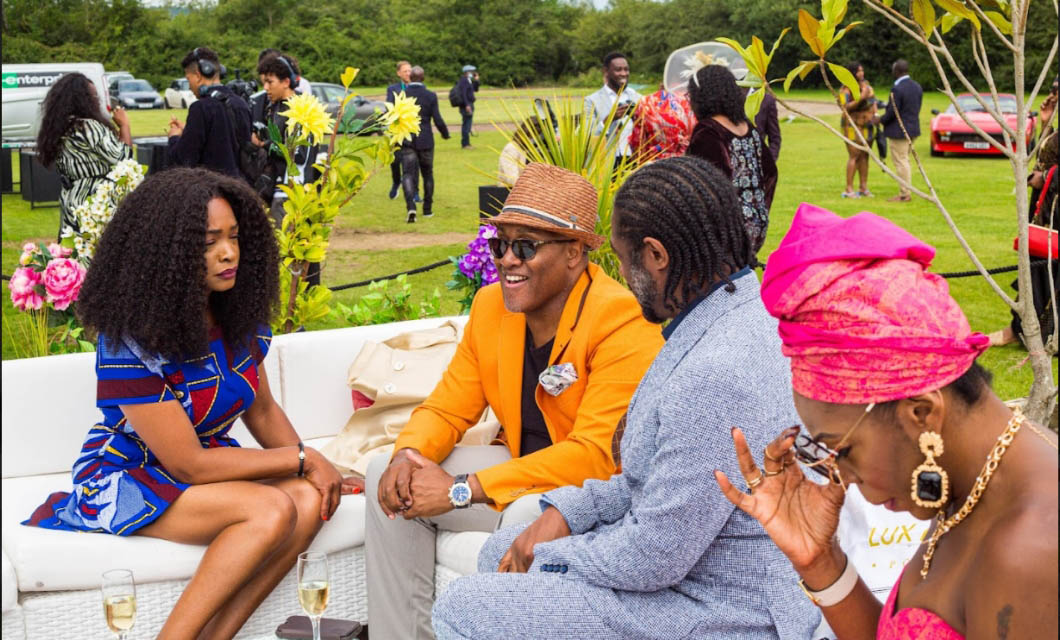 PICNICS AND POLO: A PERFECT HARMONY

In the Victorian Era, it was imperative that England’s upper class eat food outside with tables, linens, crystals and servants. As the general public aspired to the high life, picnics became a gourmet affair (Source: National Public Radio).

Multiple Telly Award winner, owner of JMFdeA Press and author of Sassy Food, Ja-ne de Abreu states polo made its way to the United States during 1876 due to its renown as a cavalry training sport. The first match in Hawaii was played in 1880.  King David Kalakaua turned the Kapiolani Park into a polo field and picnics became common for spectators as a way to refresh themselves. Since Polo was heralded as the “sport of Kings'', elegant picnics joined the festivities. Polo in Dubai took root in the 1980s, almost a decade after the formation of the UAE as an extension of the desert Arabic culture. This bedouin lifestyle was always about community and tribal spirit, which percolated well into the polo games. In Africa, polo picnics maintained the same air of exquisite luxury. A BBC historical account notes that eating under the tree was a form of recess during the hunting, shepherding and exploration phase of mankind and thus they ate such meals even before the term “picnics'' was invented. Unsurprisingly, polo as a blend of hunting and horsemanship, sans violence, made picnics an easy, post-game affair. 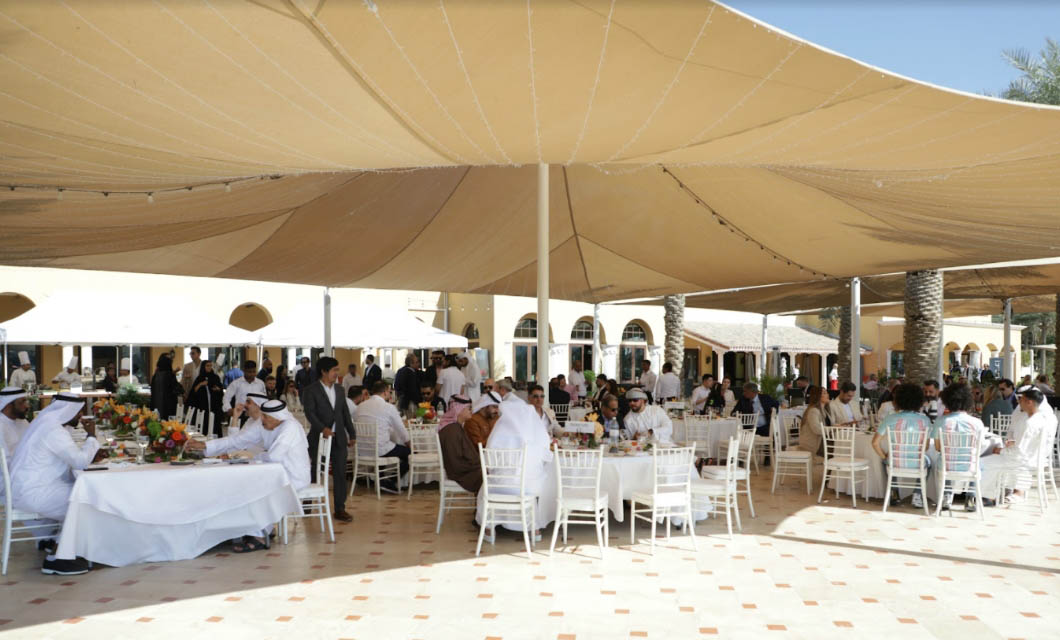 POLO AND PICNICS AROUND THE WORLD

Ja-ne de Abreu observes that polo has been one of the bonds between India and Hawaii. The well-established Paniolo (cowboy) culture of Hawaii led to an influx of skilled horse riders and horses, and polo became an instant favourite. In terms of tradition, a skydiver lands on the field and introduces the players before the match. Ja-ne states a nice picnic practice at the Hawaiian Polo Club called The Picnic: “Every year, for the last match of the season, everyone brings an unwrapped gift for an underprivileged child to be wrapped and placed under the Christmas Tree.” Along with the sweet gesture, polo picnics in Hawaii have transitioned over the years to offer a myriad of options such as DIYs (with a tailgate, blanket or portable chairs), takeaways from local restaurants/ sandwich shops or elegant baskets crafted by chefs who provide a personalized touch. Although the unspoken dress code carries the elegance of the elite, the food fare has shifted to a casual approach. 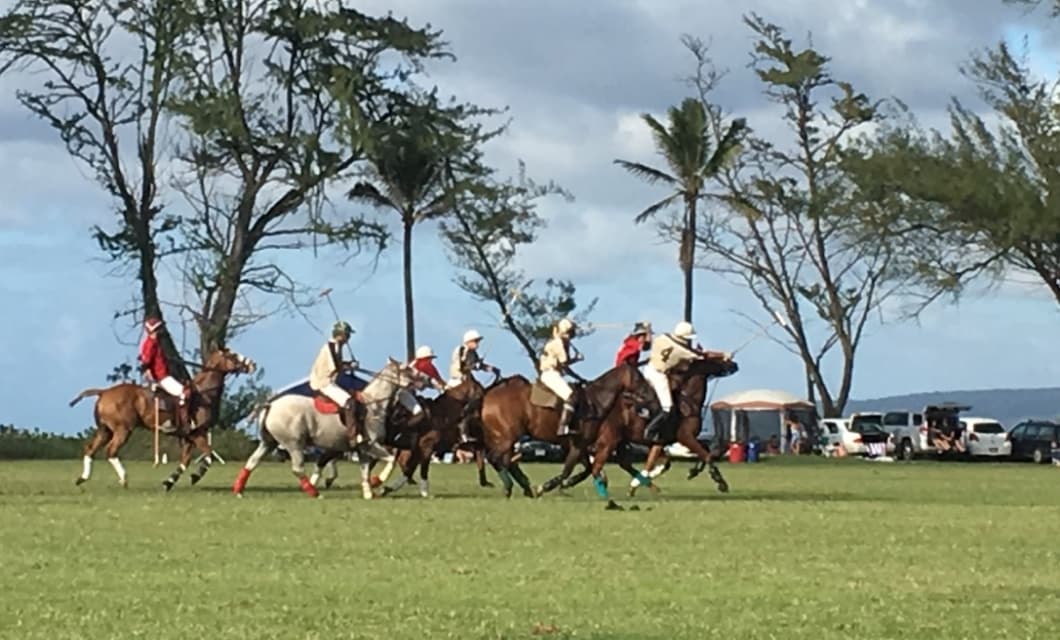 Over the years, polo picnics have become more easy-going. Polo picnic menus are now a standardized array revolving around a charcuterie board of opulent cheeses and fruit, or British-style neat sandwiches commonly found at Royal Ascot games. In the Middle East, in Dubai, Leorraine Tala, from the celebrated Dubai Polo and Equestrian Club, states: “The Polo Picnic in Dubai is fashionable and fun, and family-friendly. People sit on colourful blankets and fold-away chairs, with light bites and refreshments.” She says: “Most picnic-goers pre-booked their picnic baskets at Dubai Polo & Equestrian Club, and they are in for a mouth-watering feast!”  Established in 2004, the club offers a variety of training options in addition to wellness opportunities and divot stomping remains a popular polo picnic tradition. In the Lux Afrique Polo 2021, one of the most prestigious polo events in Africa, Fabien Bernard comments: “We haven’t incorporated picnics in our event, it's more of Africa food trucks and a tasting experience…The food trucks are from Nigeria, Ghana, Kenya and South Africa and the refreshments this year were sponsored by Hennessy. Culturally, the Nigerian food is popular.” 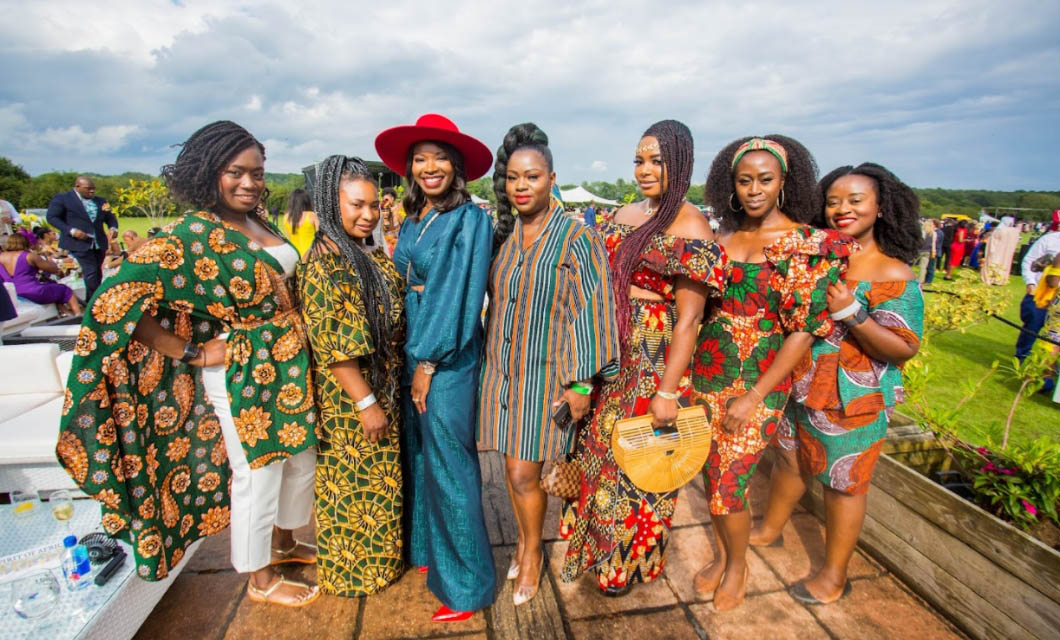 According to Hillary Hoffower, in a Business Insider report on September 2020, the pandemic brought a new wave of millennial interest focused on pop-up picnics, wherein people are spending grand on themes such as “the Bachelor” and there are ice-cream stations. Food trucks have gained popularity wherein the worry of hygienic cutlery and accompaniments are coolly settled. One such company specifically focused on COVID-safe polo picnic packages and this customization won them accolades from the guests at the Greenwich cup.

Although the world holds its breath with optimism regarding the future after the pandemic setback, hygiene measures required within Polo Championships and catering companies are here to stay. Polo in Hawaii also took a slight halt with the pandemic but reconvened at a swift pace with guidelines: tables are more spread out, the reduced crowds convene on the sidelines till the halftime after which there is entertainment provided by a local band after the event. 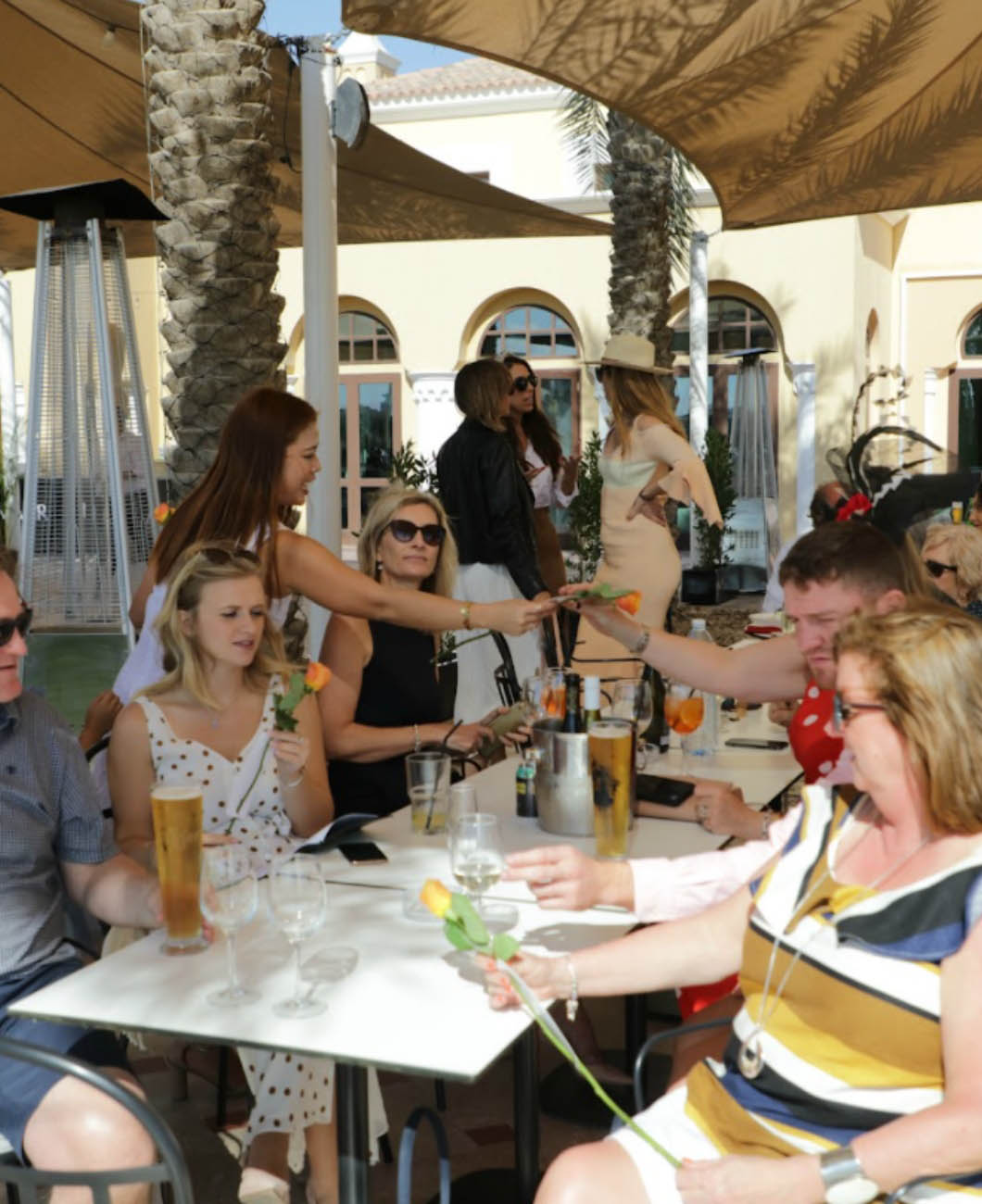 Ja-ne, a firm promoter of working with various mediums to connect with others through stories, foresees polo as an exciting event with millennials and generation Z audiences. Tala adds: “Millenials love fun outdoor activities and instagrammable places like Dubai Polo & Equestrian Club. The youth tend to be quickly drawn to anything with horses and sports, especially in the Middle East. It is even safer to be outdoors during the pandemic because it's convenient to social distance than enclosed venues.” In the African polo scene Fabien adds: “Millennials and Generation Z are becoming part of the polo scene seeing it as another escape to a luxury event.” With the popularity among the next gen, the sport’s history remains strong. 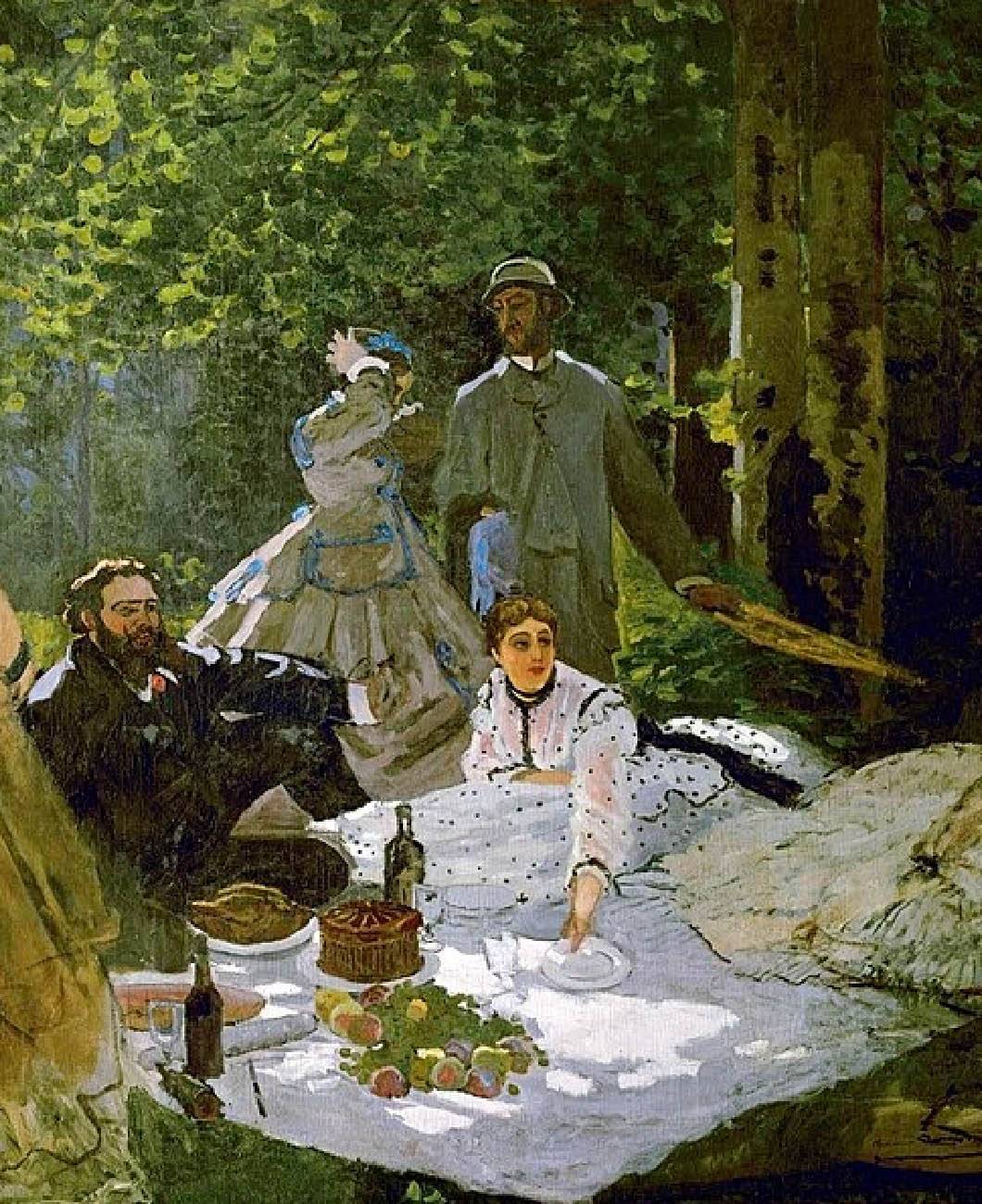 Besides, a polo picnic renaissance has already begun with novel business ideas arising. The Madrid-based Atelier Teratoma is fusing astronaut backpacks with the polo picnic basket. These bags have pillows, USB ports, Bluetooth screens and a solar panel to recharge along with the regular storage space (Source: Fast Company). Connor Tighe, in a report on April 2021, explains a novel company offering an igloo style picnic opportunity wherein the interiors have lavish settings while they are completely protected against the weather outside with sheer panels.

“Polo has seen a lot of change”: Dhruvpal Godara