The young team of Palm Beach Equine, playing together for the first time, displayed a tremendous cohesive performance in their victory over Beverly Equestrian in the Sieber Memorial finale. 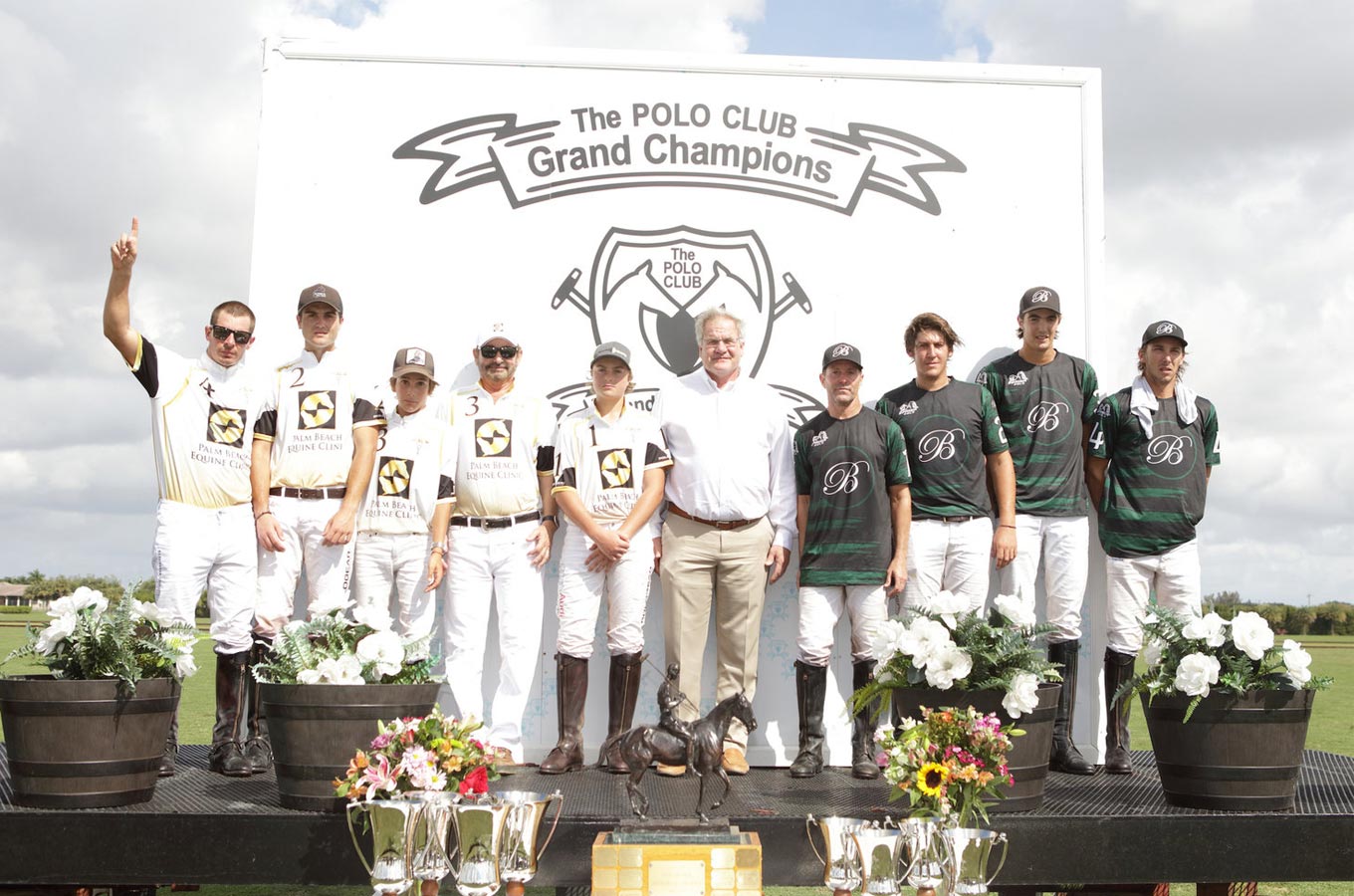 Finishing off an unbeaten 5-0 tournament run in style, the young team took the legendary title that dates back to the late 1980s

The tournament is held annually to commemorate the polo legend Rob Seider.

"It was fine, we were winning by two or three the whole game," Colombres said. "We missed a lot of goals but it was tough. They had an amazing team with really good players. We missed Scott, he's in the back always and the guy who closes the door. That's why [we] were a little confused with our positions. It was our first time playing together. But we win and that was the point, that was the mission. It was amazing, we won the tournament."

Team sponsor and player Dr. Scott Swerdlin, who was retired hurt from the tournament due to some back complications, will undergo surgery in two weeks and the 13-year-old Santos Merlos acted his replacement. Swerdlin was elated by his team’s exceptional performance "I was happy that I got to play with this team in the early games," Swerdlin said. "Gringo is playing amazing and just more mature every game. This game was a little tough for them because of I playback. Gringo had to switch to playing a more defensive position and sending the ball to the three boys.

"I want to thank Adolfo for having the opportunity to play with Poroto," Swerdlin said. "For the rest of my life, I will be able to tell people I played with Cambiaso. I also want to thank Sebastian Merlos for lending me his two brilliant sons. It was such a pleasure to play with this team and I'm sorry I couldn't finish it out. "

20th anniversary of The Polo Club of Chantilly