The Sport of Kings in the Land of The Queen

Equally Rich in Heritage and Talent, the World of UK polo is interesting to anyone who follows Polo. 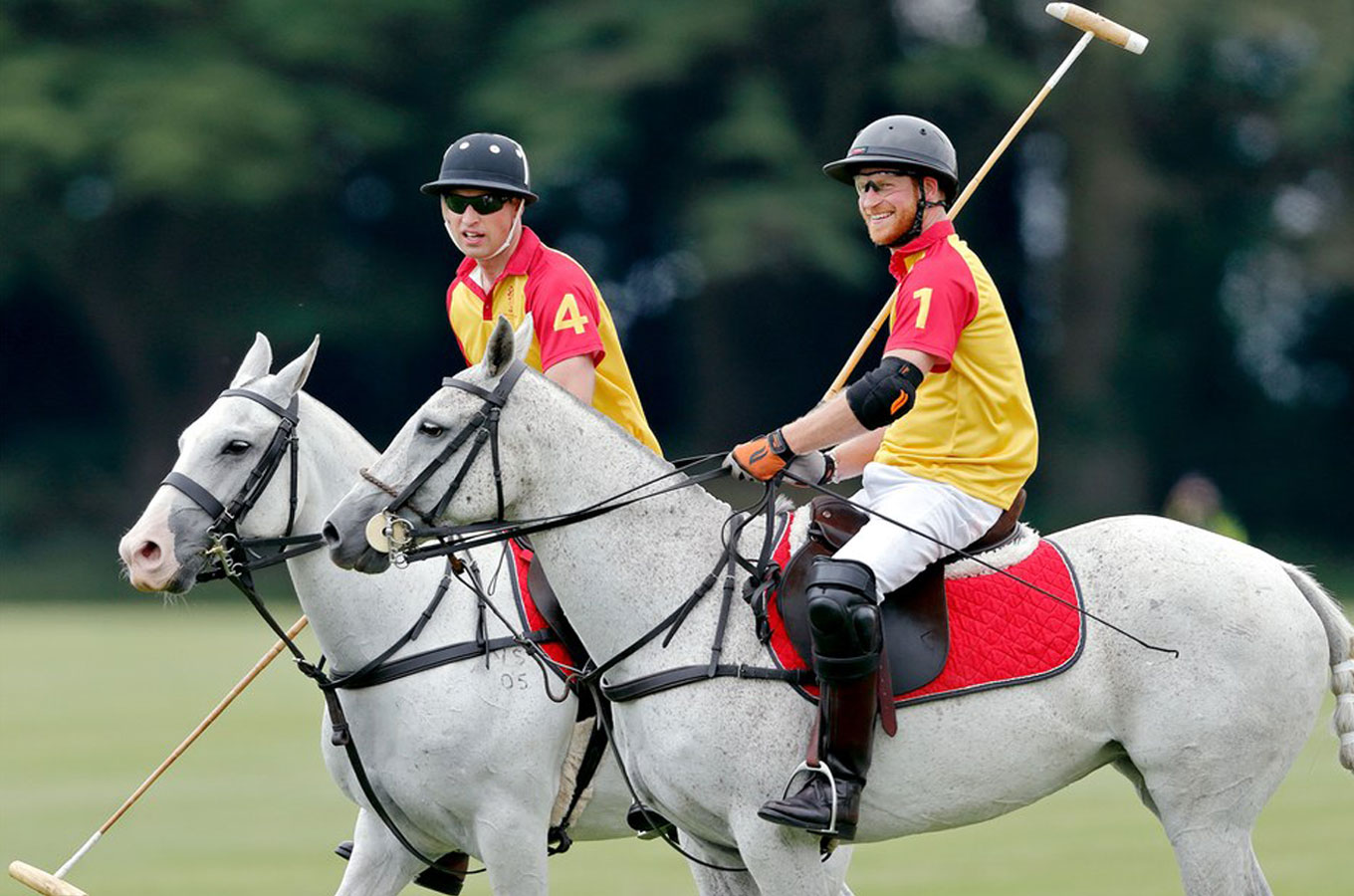 Polo can be regarded as the most entertaining of equestrian sports. The brutal competitiveness combined with the aesthetic draws in a diverse audience from all walks of life. The sport traces its roots all the way back to medieval times’ Persia but it was nowhere near as organized as its current form. The British are credited with improvising the rules and regulations to make it a much safer and spectator friendly sport.

When the Persians invaded India, they brought the game to India. It became popular amongst commoners who owned ponies. The Kings of Manipur had royal polo ground within the ramparts of their Kangla Fort. Here, the colonial British officers saw the natives of Manipur playing a primitive hockey-esque equestrian sport and recognized the potential of the game they were playing. The British officers were blown away by this amazing game (like many other Indigenous Indian things) and decided to take it away with them (after making a few changes, of course). In 1862 the oldest polo club still in existence Calcutta Polo Club, was established by two British soldiers, Sherer and Captain Robert Stewart.

A drawing of one of the very first reported polo match, played between the officers of the 10th Hussar and Manipal Locals.

These officers help spread the word about Polo and were instrumental in bringing the game to their home soil in 1834. Almost every cavalry regiment of the Imperial Army established their Polo Club during this time and competed regularly against one another. The organization and consumption of these contests were exclusive to the military personnel at that time and since the British royalty has always been heavily involved with the military, they were also introduced to the niche sport around this time. One can make the argument that it was basically a leisure sport for the royalty and the officers of the Army, who were no less in stature than the royalty back then. Thus, it is no surprise that polo has always been a part of the lives of the ruling class ever since it was introduced to them. The kings and princes have always been well versed in the sport and are still one of the most influential proponents of the game.

However, the sport was still called “Hockey on horseback” for many years after its introduction in Britain and the game still didn’t have any improvisations made to the pre-existing outdated equipment. The process of polo’s officiating to the everyman truly began with two major changes that happened in Britain during the late 19th century. Firstly, One of the most prominent polo club of the modern world, The Hurlingham Polo Association (HPA) was then established in 1875 and has become the centralized governing body of Polo in Britain ever since. The HPA then penned down the first set of British Polo rules in the very same year, some of which are still in effect. The next major step that changed the public perception of Polo in Britain was the first inter-university match (later known as the Varsity Match) which took place in 1878, with Oxford winning against Cambridge. That match and the other clubs formed at various universities really captivated the interest of the British public and the sport now gained a legitimate following amongst people from all walks of life.

HPA soon became the governing body of polo in the European circuit after they made some more radical changes to the rules and regulations of the sport. They played a major part in promoting the sport of polo and the sport reached such a level that International Olympic Committee (IOC) recognized it as an Olympic Sport and it got included in The Olympics from 1900. It went strong in the Olympics until the Second World War, where war effort occupied most of the large polo fields across the world. Hence, the world mutually disbanded the sport during wartime and Britain being one of the major belligerents of the war, temporarily quit polo.

Most of the players along with their horses the beach patrol during World War-2. 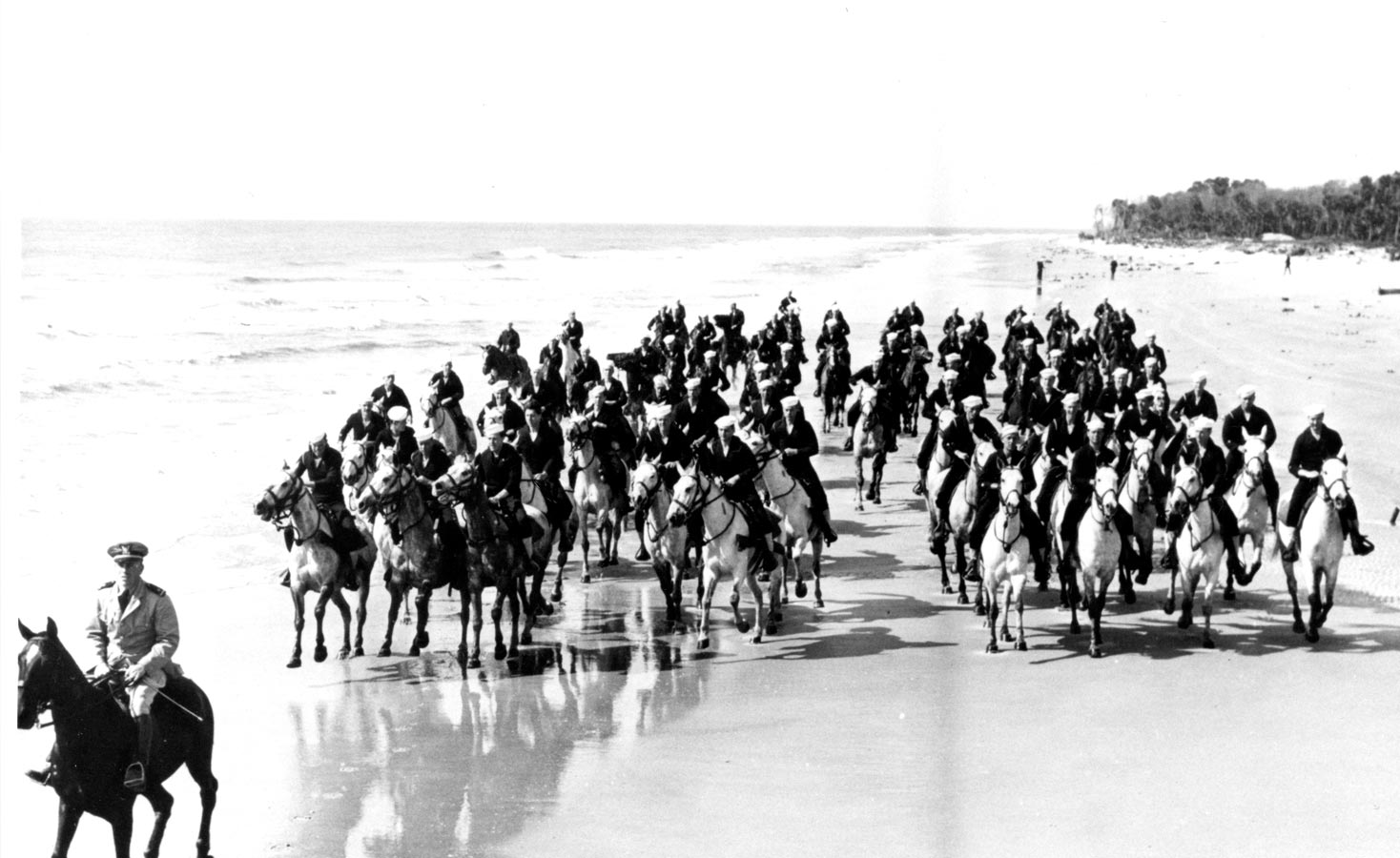 The sport has made a full thrust comeback post-war. It has risen from an absolute halt to becoming one of the most prominent sports in the UK. The HPA is still one of the major governing bodies of polo. The Federation of International Polo decides the International Polo rules by getting a contribution from the HPA, USPA and the AAP. Hence, England still holds a major stake in the game. The British National Team has always placed in the top 5 teams internationally but the greatest accolade in International Polo- the Polo World Championship, still eludes them.

The stellar performances of high-level British polo players on the international circuit have also helped give the sport a major boost in popularity. This combined with the stark increase in the number of polo clubs in the country captivates the interests of more and more youth who are getting involved in the sport and the sport isn’t going anywhere anytime soon. The sport being only for the royals is just a mere myth at this point. High-level polo tuitions are available for as low as 10 Pounds an hour for the majority of the 57 clubs in the country.

The World of UK Polo

- The British Triple Crown of Polo

With 57 recognized polo clubs, there is a lot of polo tournaments organized every season. The main public spectacles are the British Triple Crown, which is the combined name for the Warwickshire Cup, The Queen’s Cup and The Gold Cup. These annually organized contests are the most anticipated high goal tournaments of the national British season. The royalty along with other important personalities are often present during many match proceedings of the tournaments, with the queen personally presenting the trophy to the winners of the Queen’s cup ever since its inception.

The 22- goal tournament, inaugurated in 1960 by the Queen of England, attracts top tier polo players from around the world. The presence of the Queen at the finals is always a huge motivator for the British national players to perform to their utmost abilities. Historically, many members of the British Royal Family have competed in the tournament. For example, Prince Philip, Duke of Edinburgh competed and lost in 1964 and 1966. Meanwhile, Charles, Prince of Wales's team, Les Diables Bleus, won in 1986. Renowned Polo champion Adolfo Cambiaso won the cup ten times. Famous French Luxury and jewelry brand, Cartier, has been the official sponsor to the tournament for the past 35 years.The annual competition is hosted at the Guard’s Polo Club in Windsor, Berkshire.

The Warwickshire cup is the oldest high goal trophy in England and teams between 17-22 goals are pitted against each other for the historic trophy. The high goal contest is held at Cirencester Polo Club and is played in June every year. The main sponsor of the tournament is Bledisloe. The competition has recently moved between the Queen’s Cup and Gold Cup. When it was held after the Gold Cup, most of the international high goal players would leave for their homes to prepare better for the next season, making it more of a lackluster affair. The tournament organizers, after incurring significant financial losses over the years, appealed to the HPA with the proposition to shift the competition between the other two tournaments. The most recent champion was Black bears polo club.

This is the most important tournament in the British polo and caps off the Triple Crown Series. Backed by major Thai travel company King Power, the Gold Cup is one of the most anticipated polo event of the year. by Polo fans worldwide The annual contest, spanning over 2 weeks in July, is held at Cowdray Park Polo Club with 22 Goal teams competing for the greatest prize in British Polo since its creation in 1956. 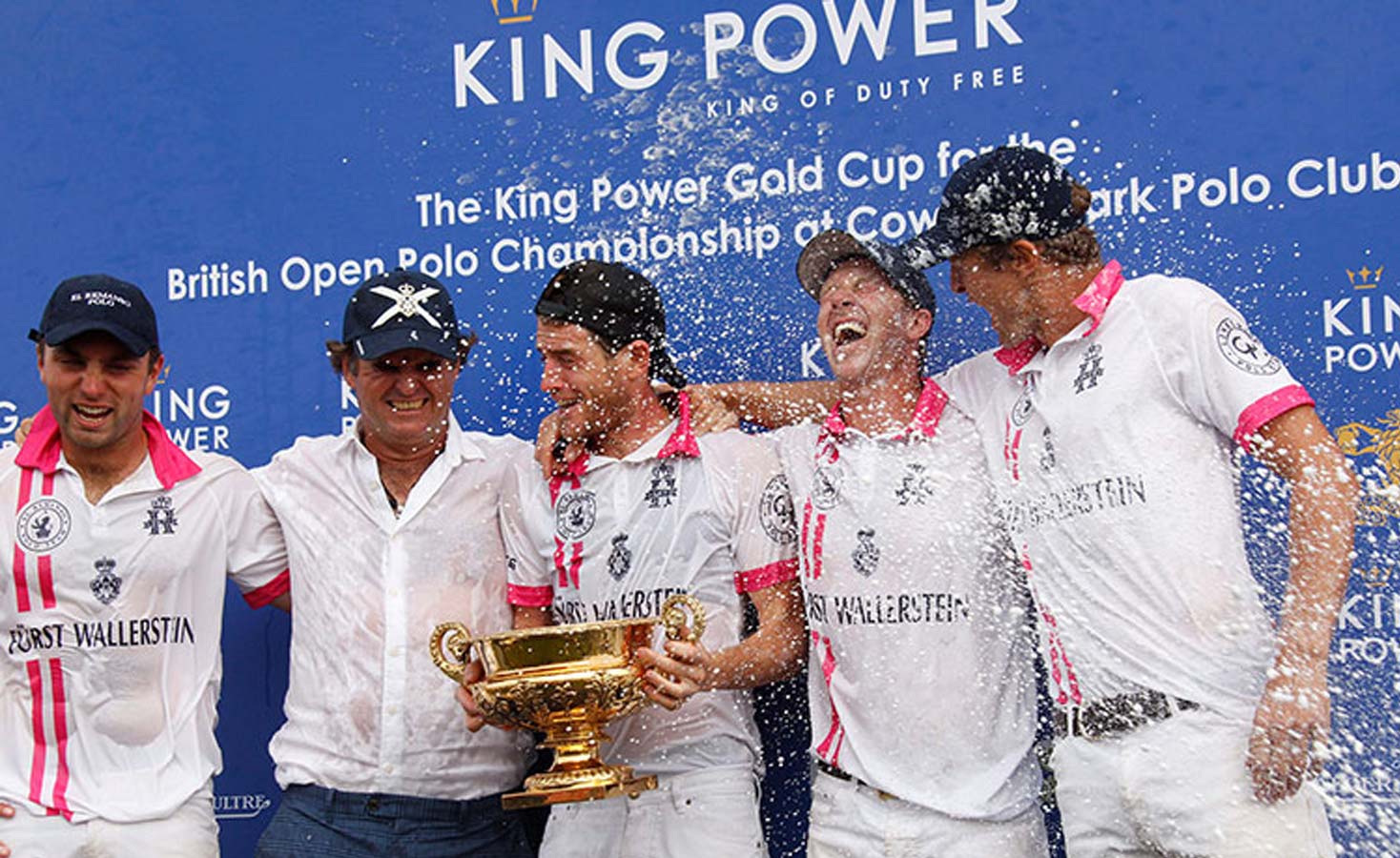 The team of El Remanso winning the 2018 Gold cup

The 36-year old, Nuneaton resident is the captain of the British since 2014 and also the player with the greatest handicap in the UK. Unlike most of his peers, Beim doesn’t hail from an equestrian family, which makes his achievements even more noteworthy. He is a veteran of British polo, playing since he was 17 and winning the Prince of Wales Cup, the Queen’s Cup aged 22 and the Cowdray Gold Cup at 24. Beim has been a part of the national team for 13 years now and his captaincy has seen the English side transition into a younger squad. He is also a passionate Polo Pony breeder. He sights the great Henry Brett has Polo Idol. 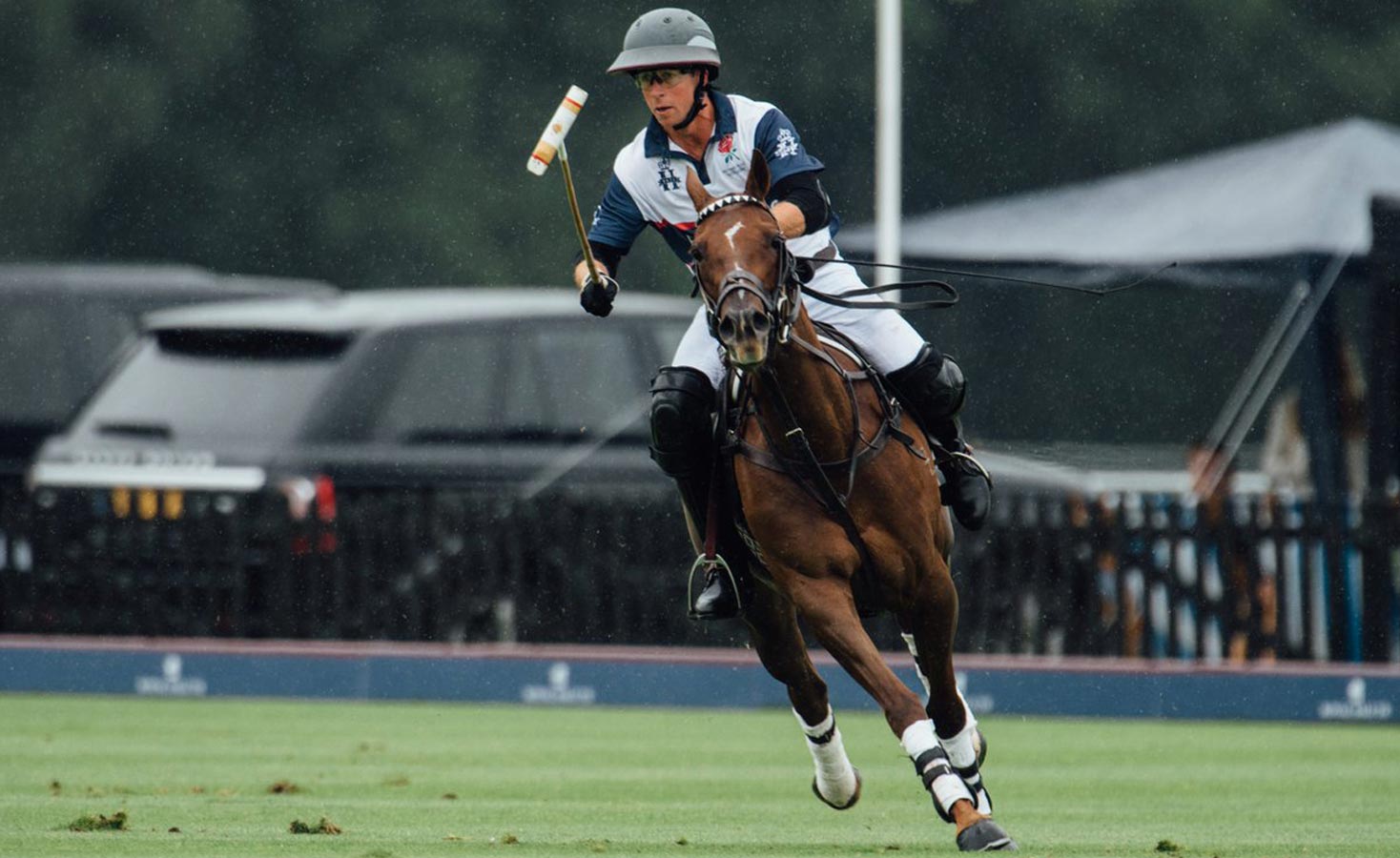 Max is one of just three English players currently playing off a handicap of 7 goals. He has been awarded the title of “Best British Polo Player” for multiple years. A native of Berkshire, Charlton has been an established horse rider for most of his life. He is the first athlete in Polo to be sponsored by Range Rover and is a self-described car fanatic. A professional since age 15, he has been making consistently good appearances on the international circuit and has become a staple in the British National Squad. The British national coach describes him as a "very strong, committed and skillful" player. 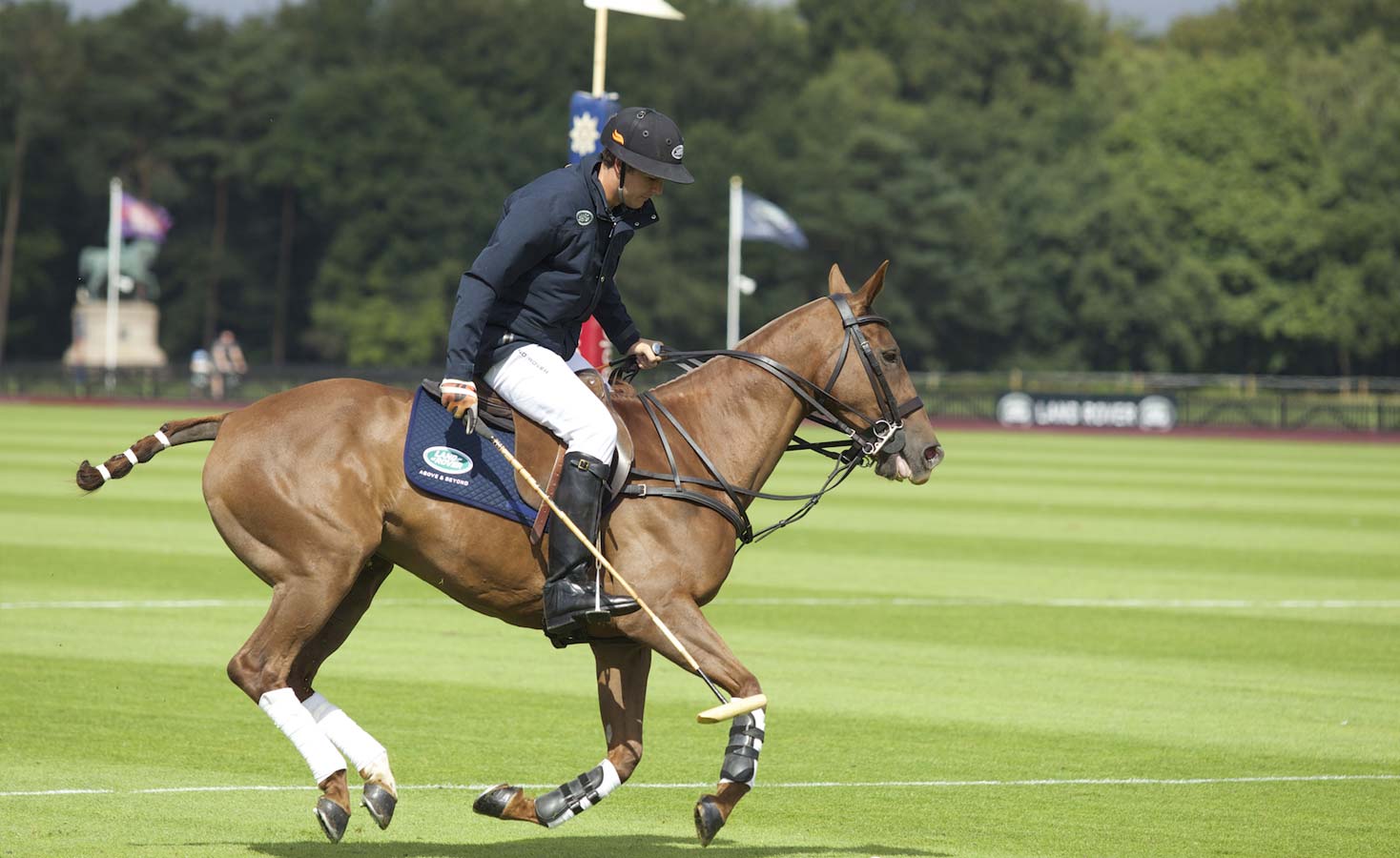 Showcasing superb technical prowess in his comparatively short professional career, the 22-year-old Brodie is one of the rising prospects of the sport internationally. He competes regularly in all the prominent high-goal tournaments around the world and has made a name for himself. At the age of 18, Brodie was able to play in the final of the Gold Cup, a feat only a select few have been able to achieve in elite level polo. Brodie who aims to model his career on the great Adolfo Cambiaso and has already played alongside his idol. 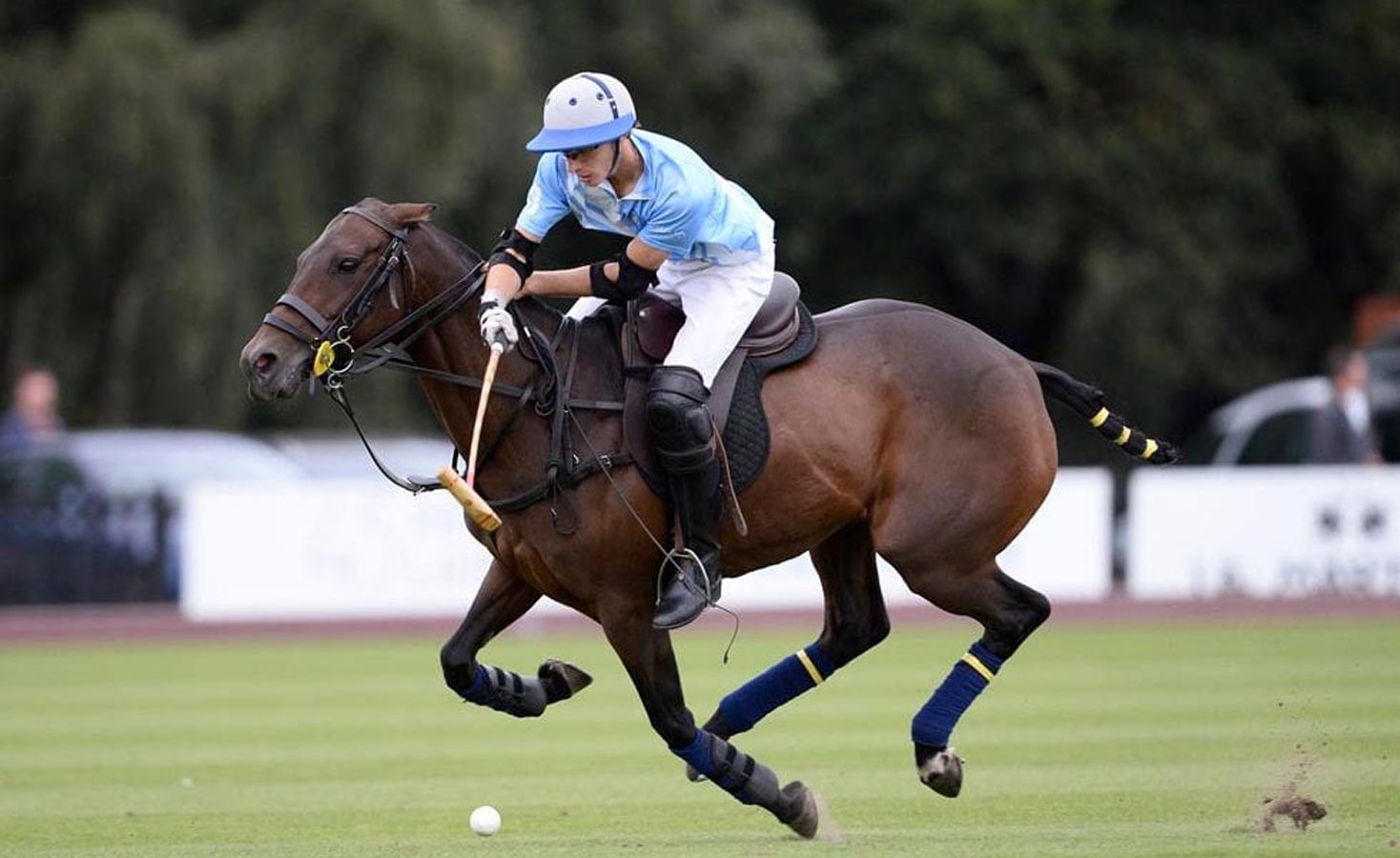 With such a rich heritage, Polo is considered to be one of the most important sports in the UK. Hopefully, the national team will soon be able to realize the nation’s dream of winning the world championships this year.

Voicing The Women Of Today

It’s That Time Of The Year : The Royal Ascot Style Guide