As The Manipur Season draws to a close, LA POLO chats up with Chinglesana Oinam from the All Manipur Polo Association to talk about the Traditional Manipuri Polo and the tales behind it. 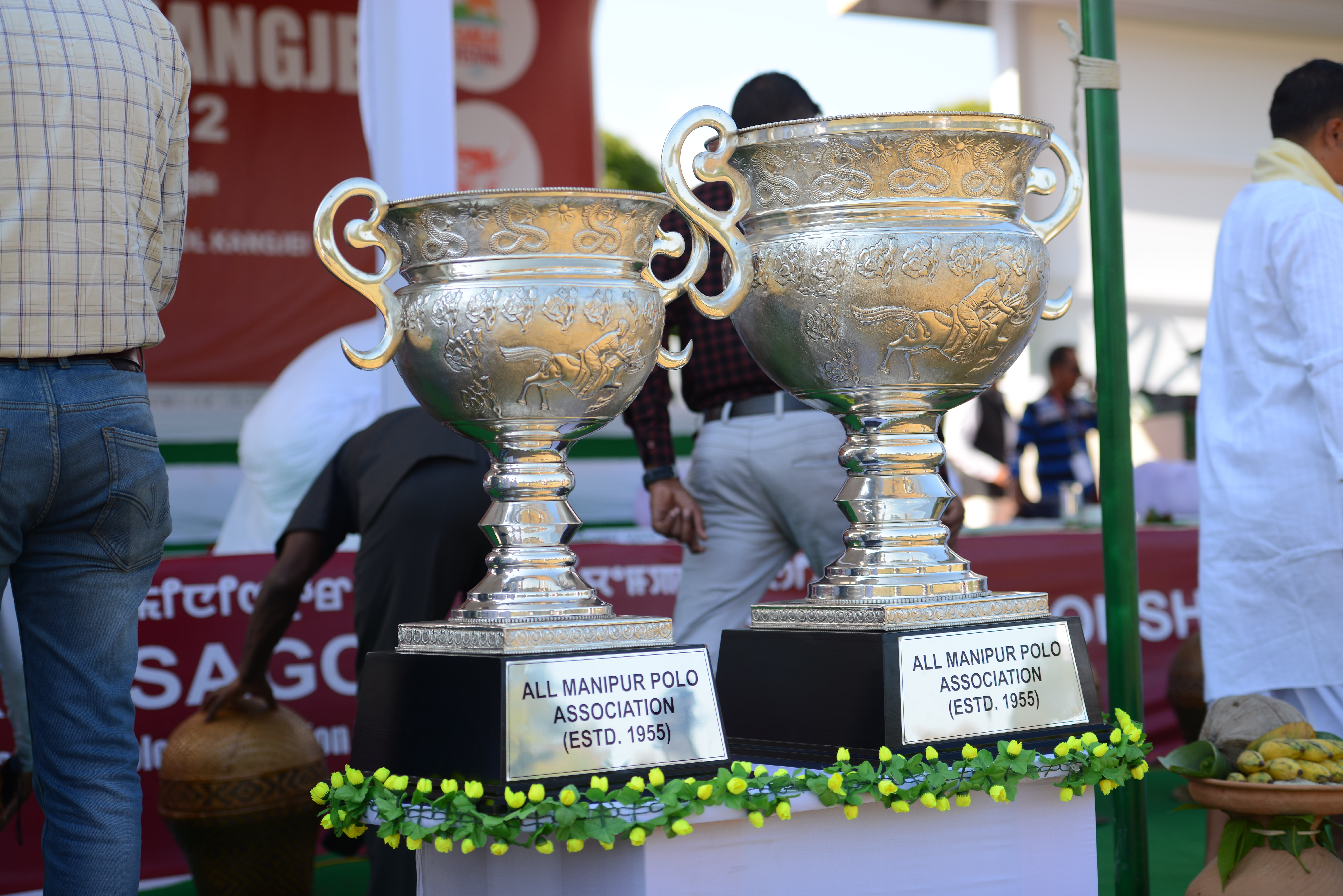 After two years of hiatus, Polo enthusiasts are once again in for a treat. While older, prestigious tournaments continue to remain the staple, newer, electrifying tournaments are spicing up the sport. The recently concluded Chief Minister’s Sagol Kangjei Championship was organised with the aim to revive this indigenous Manipuri version of Polo. The tournament was flagged off by the Chief Minister of Manipur, Mr.  N Biren Singh, who has ardently backed the initiative. During the course of the tournament that ran from November 18- 27, viewers witnessed a completely different side of the sport. Being an incredibly old variant of the sport, it showcased the powerful bond between a player, his fellow team players, and their equine partners. Every move in the game is an exhilarating display of athleticism and poise, richly imbued with local cultural elements. To paint a better picture of Sagol Kangjei’s legacy, we sat down with Chinglesana Oinam for a candid chat.

History of Sagol Kangjei in Manipur

This variant of the sport first came to be known during the Kangleipak reign. One of the kings of the dynasty, Kangba, was an ardent follower of the sport. He conferred a Sagei (clan) “Kangujam”, to those people who were very skillful in the art of designing “Kangjei”, a hockey stick. Sagol Kangjei was considered as one of the three forms of hockey in Manipur, the others being field hockey (khong kangjei) and wrestling hockey (mukna kangjei). Local rituals such as those connected to the “Ibudhou Marjing: the winged-pony god of polo” and the Lai Haraoba festival enacting the life of his son, “Khoriphaba: the polo-playing god of sports”, were included in the annual cultural celebrations. Asked if folklore undergirds the tale of Sagol Kangjei, Oinam says: “There is a belief held among locals that Lord Marjing has been the ruler of the pony since the time of yore. There is an account that when King Nongda Lairen Pakhangba (33 AD) introduced his queen Laisana to his friends on the first Saturday of the month of Lamta, the game of Sagol Kangjei was first played. It has since been the national game of Meitrabak (Manipur).” Its prominence began to fade a little in the second half of the 1st millennium, but rebounded in 1605, during the reign of King Khagemba under newly framed rules. However, it was the first Mughal emperor, Babur, who popularised the sport in India that ultimately influenced British settlers in India. 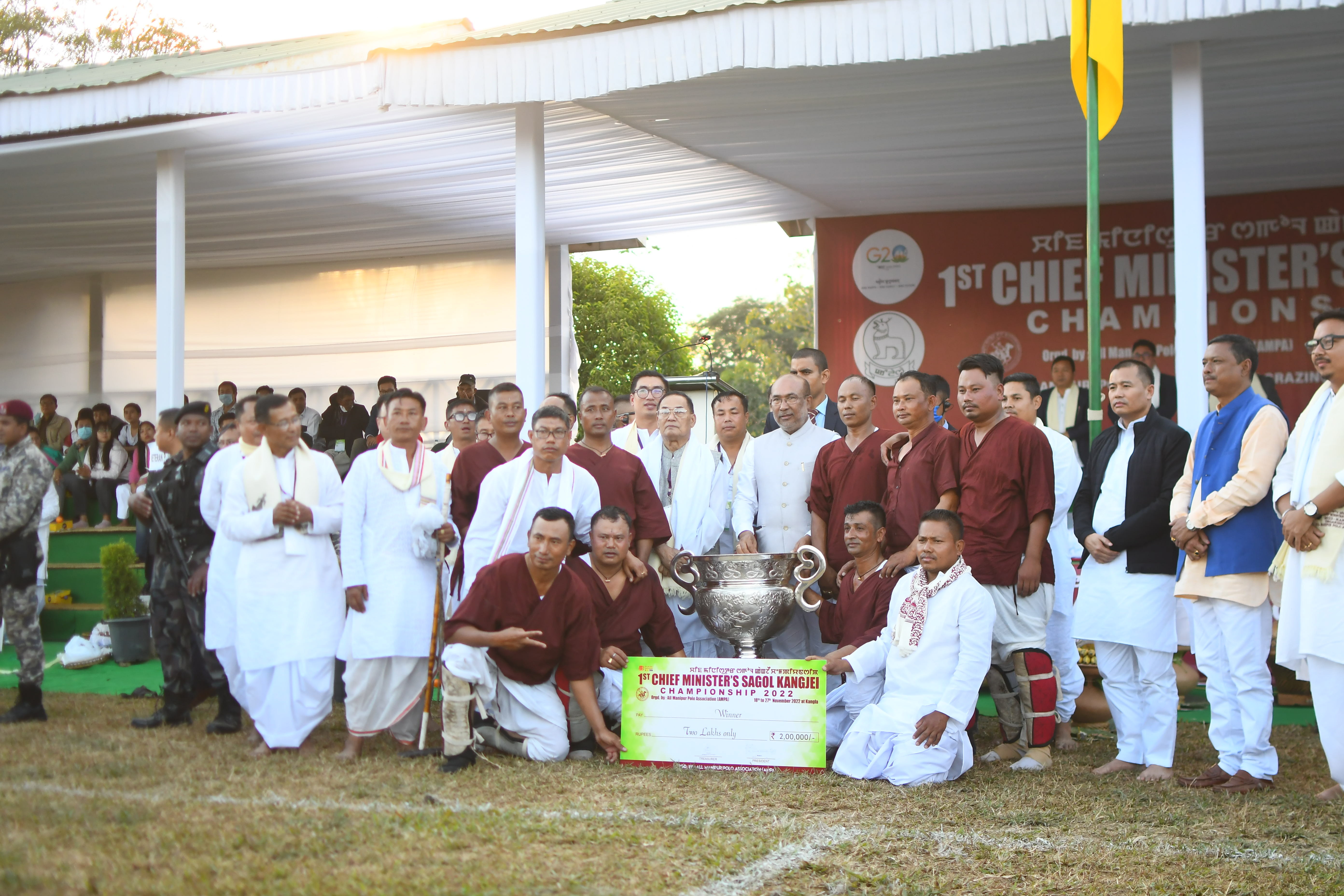 Okay The Sagol Kangjei, according to Oinam, is a subtle reflection of Manipur’s culture.  “Traditionally, Manipuri polo is played with seven players. Ponies are usually 4 to 5 feet in height. Each player is fitted with a polo stick made of cane having a narrow angled wooden head fixed at the lower end. The ball–14 inches in circumference–is made of bamboo root, the mounted players gallop after the ball to hit it straight into the seven-ft wide goal post.” He adds: “Sagol Kangjei is more vigorous and boisterous in comparison to the genteel, restrained Modern Polo.”

The sporting attire is different too. All the players wear a white dhoti, which is tucked in above their knees and a big white turban, which is held by a khadangchet, a chin strap. Usually, no footwear is worn and the ankles are covered by khunningkhang which is a piece of leather cloth.

Sagol Kangjei rides on the back of an indigenous breed of horse, the Manipuri ponies. These horses are descendants of the Asian wild horse, and have been recognised as one of the five indigenous horse breeds of India; the others being Marwari, Kathiawari, Zanskari and Spiti. Slightly shorter than the other breeds, the Manipuri pony is known for its stamina, speed and ability to survive harsh weather. Oinam says: “So well-known is their hard-wearing quality that Sagol warriors who defended the kingdom of Manipur for centuries completely relied on these horses to successfully defend their territories.”

Manipuri horses’ availability had declined due to the invasion of Manipur by the Burmese. The Seven Years’ Devastation (called "Chahi Taret Khuntakpa'' in Manipur) was a dark period in the history of modern Manipur, during which the state was occupied by the Burmese empire, and was a period of intense chaos and mayhem. The Burmese captured thousands of horses for their army's cavalry units and shipped them off to Thailand, to invade that country. Several of those horses perished at the time. This resulted in a poignant decline of the game of Sagol Kanjei in Manipur. The other main reason for the decline, according to Oinam, was the rapid adoption of Modern Polo among locals. 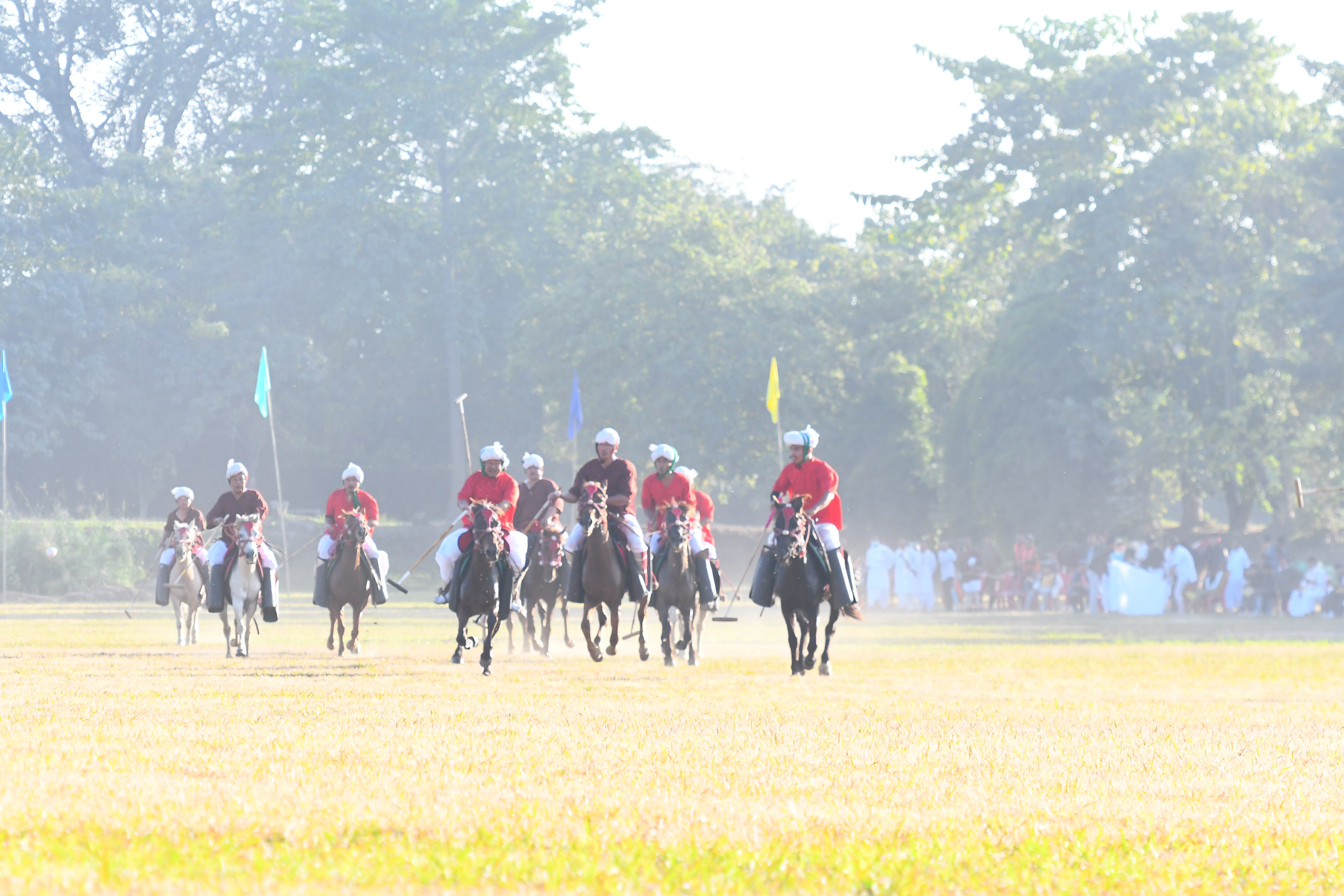 A shot at Revival

Today, with greater enthusiasm amongst young Indians to rediscover their country's vibrant heritage, Polo is slowly, but steadily getting back into prominence. It is to make complete use of the opportunity that the All Manipur Polo Association organised the 1st Chief Minister’s Sagol Kangjei Championship this year. Chief Minister Singh echoed the tournament’s mission statement to preserve the Sagol Kangjei variant of Polo: “We need to protect Sagol Kangjei since it is indigenous to our culture in Manipur.” To keep the momentum alive, he also proposed to the organisers to rename the All Manipur Polo Association as the All Manipur Sagol Kangjei Association alongside creating a corpus fund to organise the tournament every year.  Joining him was Rajya Sabha MP, Maharaja Leisemba Sanajaoba, who said: “Organising the 1st Chief Minister's Sagol Kangjei Championship also gives us an opportunity to save Manipuri ponies, and ensure their survival.” And, considering Manipur’s significance in the domestic circuit, it becomes all the more important that we carefully nurture its growth. But that requires communities that are intimately aware of Sagol Kangjei’s roots. Oinam says: “It is related to our   history and culture, so I would definitely like to see this variant popularised. Preserving this rare species of pony and our state game, the indigenous game of Sagol Kangjei, should be approached on a war footing to ensure its survival.”