The beginning of a new century opened doors for innovation and creativity in the arena of the game. It was in the year 1901 that West Point, the United States Military Academy went ahead with the introduction of Polo, and by the end of the decade, the game had spread to over 15 army posts actively engaged in the sport. 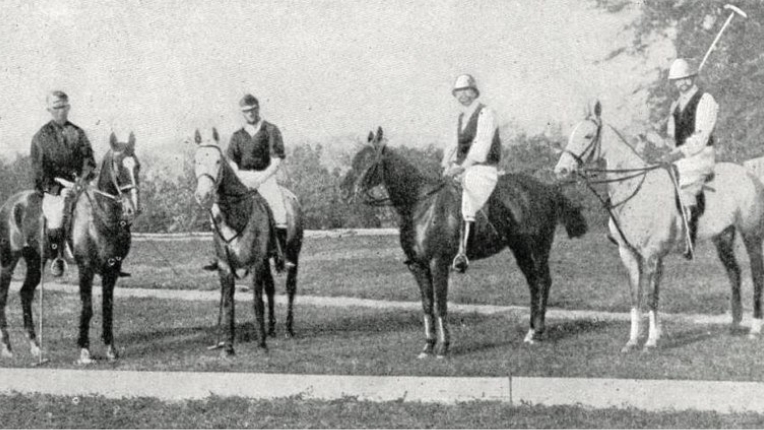 One of the greatest achievements came about with the induction of Polo in the summer Olympics at the 1900 games, and within a decade of that handicaps were introduced in both England and India in 1910. The beginning of the twentieth century also turned out prosperous for India as Kumar Dokal Singh won the P.A. Open Championship in 1906.

With the game of polo gaining recognition throughout the world among the common public as opposed to its earlier popularity as a regal game, a plethora of big and small polo clubs began to come up with the start of the twentieth century. In 1900 a few polo clubs came to be affiliated to the Polo Association in the United States, including the Camden Country Club, Squadron A Polo Club and the Great Neck Polo Club. The year 1902 witnessed the foundation of the Selangor Polo Club in Malaysia, the oldest in the country.

Winston Churchill and his love for the game of Polo

Polo ranked among one of the favorite sports of the influential Winston Churchill. Despite his departure from the home of Polo, he continued to love the game and often played it. In 1901, his first year in the parliament, the appointment book he kept showed notations for polo seven times in May at 3.30 mostly on Thursday and Saturday, including Crystal Palace on the 30th. His love for the sport wasn’t confined to biweekly games but transcended into a letter in 1902 written to St John Brodrick, Secretary of State for War as an argument against a proposed prohibition of inter-regimental polo tournaments.

A special decade for the United States

The decade was a specifically successful one for the United States. In 1904, in New York City, the USA team defeated the British team in the first U.S. Open Polo Championship. Furthermore, England defended the Westchester Cup successfully in 1902, but the United States won in 1909.

After 1909, the style of the game also changed a bit from the relatively slow English form of play characterized by short, controlled hitting. Instead, American polo players used a long-hitting, fast-moving, wide-open style that transformed the sport. The rules of the two countries were eventually assimilated, with the United States adopting the English rule permitting a player to hook an opponent’s stick with his mallet, while the English abandoned their offside rule that forbade players preceding the ball.

The 1900s can today be seen as a decade that paved a way for the game of polo to become a world-renowned one in the years to follow.