1910:The game of polo speaks volumes about the relationship that humans and horses have had since time immemorial.

The year 1911 witnessed the coronation of King George V, leading to the presentation of the Coronation Cup for the first time in history to celebrate the coming to the throne of the king. 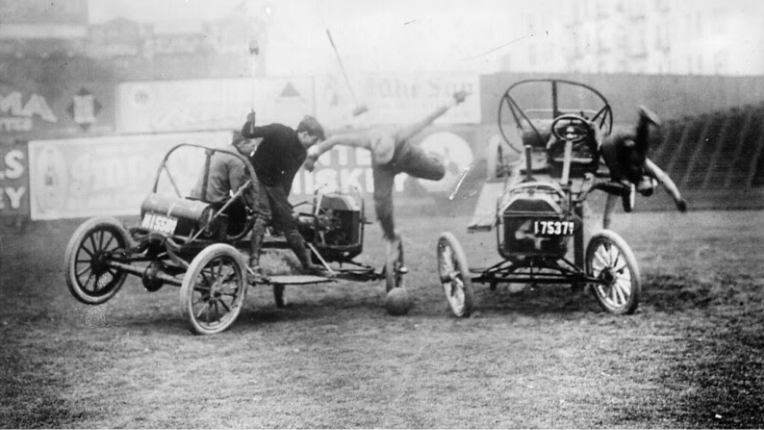 Polo and the realization of dreams

It took General Roger D. Williams close to two decades to see his dream of setting up a polo club come true. Having tried to set up a club in 1890 in Lexington for the first time and then in 1903, it was in 1911 that he could finally establish a Polo Club under the umbrella of the Iroquois Hunting and Riding Club, with Shelby T. Harbison as president and Roger Williams and Soloman Van Meter as governors of the club. With Polo has become a favorite among army personnel, it was in 1914 that the number of army posts playing polo shot up to 17.

Introduction of different types of Polo - Auto, and Indoor

Apart from the growing popularity of polo during this time, the decade is also famous for the introduction of Auto Polo. After Ralph “Pappy” Hankinson had popularized auto polo in 1911, an auto polo match was organized by a Ford dealer in an alfalfa field in Wichita to promote his business in July 1912 following which matches were held in France, Philippines, England, and later showcased at the Canadian National Exhibition the subsequent year.
While H.L. Herbert continued as the chairman of the USPA through the 1910s, 1915 saw the foundation of the Indoor Polo Association which later became a part of the U.S. Polo association

The growing popularity of international tournaments

The end of the decade brought greater glory for the game with the height restriction on Polo ponies being abolished in 1919, while Polo came to be featured as an Olympic sport in 1920.