The 1950s was a decade that had to employ revival strategies for the game of polo which had experienced a certain level of a lull after the Second World War. 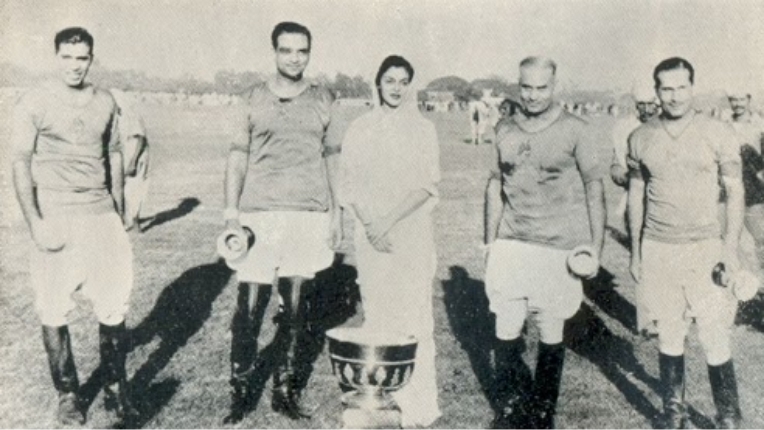 Polo came to a halt in England as grounds began to be used in the war effort. It was only in 1952 that the game was revived and recovered officially, and the Hurlingham Polo Association commenced work from its new base at Cowdray. A year later in 1953, Miraflores was a finalist at the circuit competition. The team consisted of Bertil Andino Grahn, Jorge Tanoira the elder, Manuel Livingston, and Nicolas Ruiz Guinazu.
Polo in India was on recovery mode as well. To aid the game to regain its glory, the Argentine Team was invited to travel to India and participate in tournaments in Jaipur, Delhi, and Bombay in the 1950s. Along with competitive tournaments, exhibition matches between India and Argentina were displayed. Furthermore, the Pakistan Army Polo team received an invitation from India to join the event in 1955. A positive outcome of these events was the subsequent tournaments that were Jaipur, Delhi, Calcutta, and Bombay held in the years to come. By the end of the decade, in 1957 India sent an official Polo team to participate in the world championships in France. This team comprised of Major Kishan Singh, Kr. Bijay Singh, Rao Raja Hanut Singh, and H.H. Maharaja of Jaipur. This turned into an occasion for celebration for India as the Indian team won against teams from England, Argentina, Spain, Mexico, and France, countries that boasted of some of the finest players in the world.

At the beginning of the decade, Meadow Brook was closed in order to make a highway.  The club was relocated to Long Island but could not regain its earlier status and authority. Soon after the closing down of the club, it was the Oak Brook Polo Club that came to be the base of USPA. The USPA thrived despite the chaotic situation of the post-war period. Devereux Milburn Jr., son of the great 10-goal star headed the association as chairman from 1950 to 1960, while the Indoor Polo Association became a part of the USPA in 1954. In the same decade, Walter Scanlon, Director of the Long Island Polo Association, and himself a polo champion launched the “short form” or European style game of polo, consisting of a four-period match.