1880:System of player handicaps and formation of the USPA (United States Polo Association)

This decade witnessed an expansion of the game in terms of its scope and spread. In 1881, the Meadow Brook Club was formed in Long Island, N.Y., by some early outstanding players as Thomas Hitchcock, Sr., August Belmont, and Benjamin Nicoll. 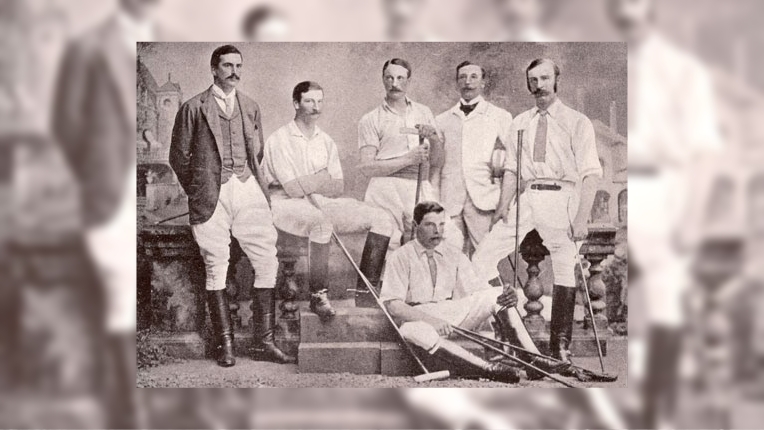 In 1885, The County Cup was inaugurated as a tournament for provincial British teams. It is the second longest-running polo trophy in the world and is the prize for England’s 15-goal Championships. The Gloucestershire were the first team to ever win the County Cup, as per The County Cup Records. Furthermore, this decade also witnessed its first international competition that took place in 1886 when a team from the United States played against the English team to win the cup at Newport, Rhode Island. Known as the Westchester Cup or International Polo Cup, this was polo’s oldest and most prestigious trophy. Initially, the match was played as a best of three games, but it was later decided that it would be played for as a single match. English and American teams started occasionally meeting for the International Polo Challenge Cup., and a total of 12 matches were played between 1886 and 1939. The Calcutta Polo Club also held its first-ever polo tournament, called the Erza Cup in 1880, which is claimed to be the first official polo trophy in history.

Further spread of the game

The sport also spread quickly between the skillful gauchos in Argentina, and several clubs opened in the following years in the towns of Venado Tuerto, Cañada de Gómez, Quilmes, Flores, and later Hurlingham in 1888.

South Asia was also catching the craze of polo, with the formation of the Royal Johor Polo Club was in Malaysia in 1884 and Singapore Polo Club in 1886.