A major event of progress in the 60s was the inauguration of The Queen’s Cup in 1960. 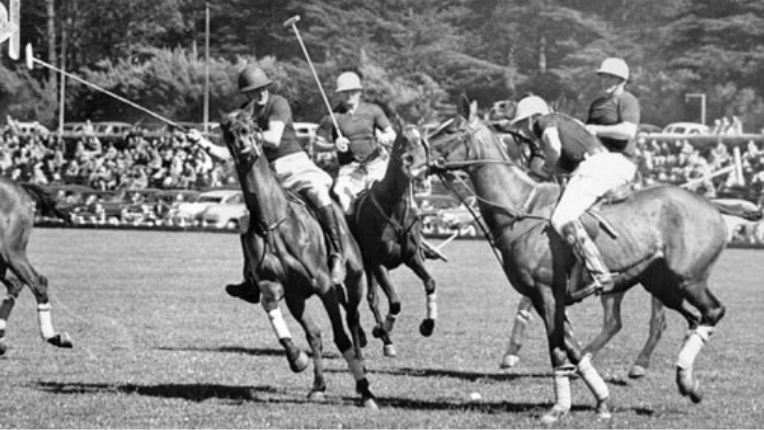 The event became all the more important as The Queen herself presented the Cup to the Guards Polo Club, turning it into a tradition for the Queen to attend the finals of the tournament and to present the winning team with the coveted trophy. This decade also saw the Warwickshire Cup, the oldest high goal trophy in England which was closed in 1956 and later given to Cirencester Park Polo Club by the Hurlingham Polo Association, being initially played as a match for exhibition during the County Cup Week but later converted to a prize for a Gold Cup quarter-final qualifier match until 1970.

The era of Polo gaining grounds in the United States

At the beginning of the decade, George C. Sherman Jr. became the chairman of the USPA holding office from 1960 to 1966. As George C. Sherman Jr.’s term as the chairman began, the scope of arena polo expanded, and intercollegiate polo made a comeback. The year after Sherman’s tenure, the USPA shifted its headquarters from New York to Oak Brook, in 1967. This era became famous for investment in horses and professional players by sponsors.
In 1967 the Polo Training Foundation was founded for raising donations in order to teach polo fundamentals to budding players and to improve the sport among the masses, with the help of William T. Ylvisaker. Furthermore, The Cup of the Americas series was started up again in 1966 and 1969.